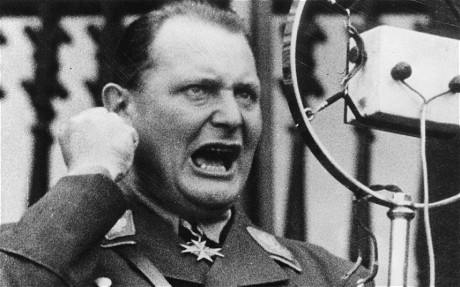 After the collapse of Nazi Germany on the 8th  of May 1945, the allied forces began to perfect their plans to bring top Nazi officials to trial. The Legal basis for the trial was established by the London Charter which was agreed upon on the 8th of August 1945.

On the 20th of November 1945, the first part of the series of Trials began with the trials of 24 top Nazi officials. Among them was Reichmarschall Herman Goering, the highest ranking Nazi official to be tried at the International Military Tribunal in Nuremberg. He was Hitler’s designated successor.

Eight Judges presided over the trial. Soviet Union, Britain, America and France provided two Judges each and a prosecutor. On the 20th of November trial opened at 10am.

Hermann Goering took his seat in the witness chair wearing a gray uniform and yellow boots.  His defence attorney, Otto Stahmer, asked whether the Nazi party had come to power through legal means.  In a long answer delivered without notes, Goering gave his account of the Nazi rise to power.  He told the court, “Once we came to power, we were determined to hold on to it under all circumstances.”  Goering was unrepentant.  He evaded no questions; offered no apologies.  He testified that the concentration camps were necessary to preserve order: “It was a question of removing danger.”   The leadership principle, which concentrated all power in the Fuhrer, was “the same principle on which the Catholic church and the government of the USSR are both based.”  Commenting on Goering’s performance in the witness box, Janet Flanner of the New Yorker described Goering as “a brain without a conscience.” 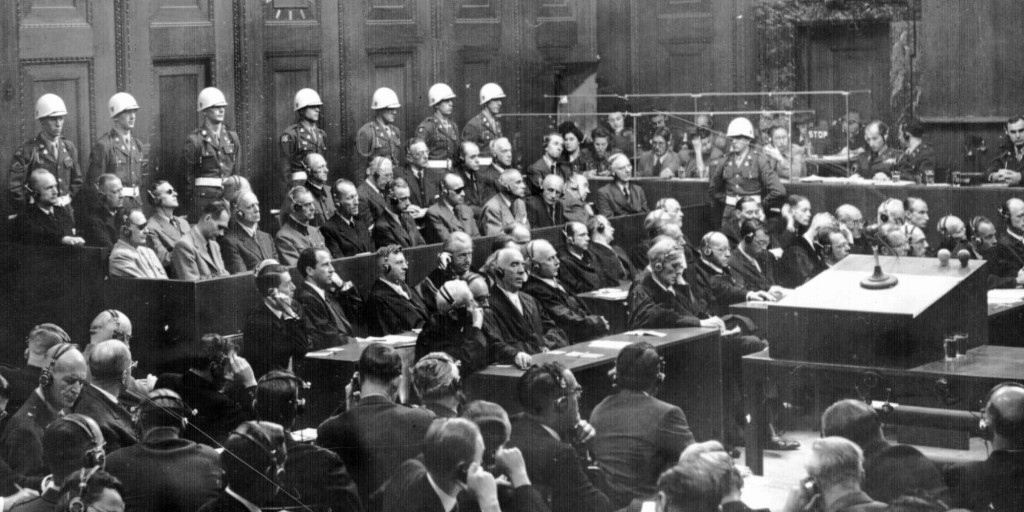 The courtroom was crowded on March 18, when Robert Jackson began his long awaited cross-examination of Goering.  Goering at first managed to deflect most of Jackson’s intended blows, often providing lengthy answers that buttressed points he made on his direct examination, such as the fact that he had opposed plans to invade Russia.  Only by the third day of cross-examination did Jackson begin scoring points.  He asked Goering whether he signed a series of decrees depriving Jews of the right to own businesses, ordering the surrender of their gold and jewelry to the government, barring claims for compensation for damage to their property caused by the government.  Goering, trembling at times, was given little opportunity to do more than admit the truth of Jackson’s assertions.  After describing the awful events of Kristallnacht, November 9, 1938, when 815 Jewish shops were destroyed and 20,000 Jews arrested, Jackson asked Goering whether words he was quoted as saying at a meeting of German insurance officials (concerned about the loss of non-Jewish property on consignment at the Jewish shops) was accurate: “I demand that German Jewry shall for their abominable crimes make a contribution of a billion marks….I would not like to be a Jew in Germany.”  Goering admitted that the quote was accurate.  When Jackson finally ended his four-day cross-examination, reviews came in mixed.  Most observers believed Goering had shown himself to be a brilliant villain.

On Tuesday October 1st 1946 verdict was handed and Goering was sentenced to death by Hanging.

Over the next two weeks, the condemned men met for the last times with family members and talked with their lawyers about their last-ditch appeal to the Allied Control Council, which had the power to reduce or commute sentences.  On October 9, the Allied Control Council, composed of one member from each of the four occupying powers, met in London to discuss appeals from the IMT.  After over three hours of debate, the ACC voted to reject all appeals.  Four days later, the prisoners were informed that there last thin hope had disappeared.

On October 15, the day before the scheduled executions, Goering sat at the small desk in his prison cell and wrote a note:

“To the Allied Control Council:

I would have had no objection to being shot.  However, I will not facilitate execution of Germany’s Reichsmarschall by hanging! For the sake of Germany, I cannot permit this.  Moreover, I feel no moral obligation to submit to my enemies’ punishment.  For this reason, I have chosen to die like the great Hannibal.”

Then Goering removed a smuggled cyanide pill and put it in his mouth. At 10:44 p.m., a guard noticed saw Goering bring his arm to his face and then began making choking sounds.  A doctor was called.  He arrived just in time to see Goering take his last breath.

Part of this article was copied from  Doug Linder article in law2.umkc.edu