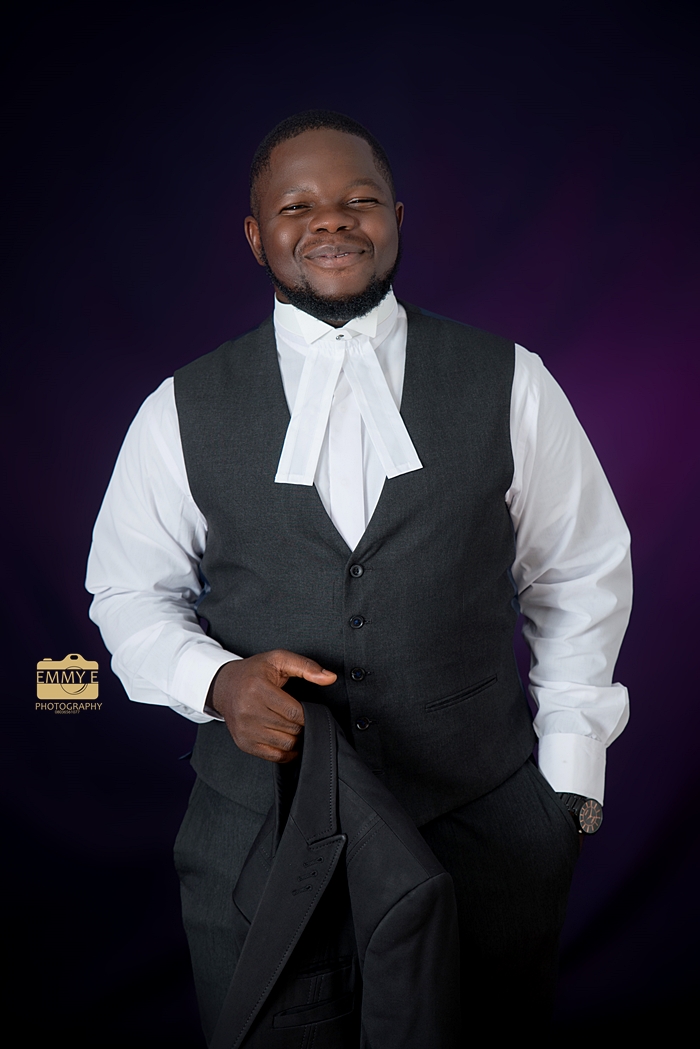 It is no news that our infrastructural system has fallen from ‘grace to grass’ and further into ‘the soil’ since Nigeria gained independence.
Growing up in different States in Nigeria, I have come to the conclusion that the Federal Capital Territory (FCT) boasts of the most structurally sound government buildings in the country, so when you see institutions in the FCT suffering from serious structural deformities, then that should give you an inclination of what the reality of the structures of such institutions are in other states in Nigeria.
Let’s narrow this down to the judicial system, the state of courts and the welfare of judges are beyond abysmal and this can be directly traced to inadequate funding of the judiciary.

The issue of poor funding is not the root of the problem, it is a mere consequence of the ‘stranglehold’ that the executive arms of government have achieved as a result of the language of the 1999 Constitution of the Federal Republic of Nigeria (CFRN) as well as other extant laws. We live in a reality that is characterized by the executive arms of the federal and states government enjoying discretion as to the way and manner budgetary allocations are channeled towards the judicial arms.
John Olusola Baiyeshea, SAN, stated it best when he stated that “in the legal profession, we have always detested the idea of heads of the judiciary in the states going ‘caps in hand’ to the governors (who seem to enjoy keeping the judiciary perpetually under the executive powers) to beg for funds to run the affairs of the judiciary”.

As the popular saying goes, “He who pays the piper dictates the tune”. The State governors have so much control over the judiciary that individuals and companies are terrified of even bringing legal actions against state agents in the state courts. While I was an intern at a firm, we received a brief where an ex-governor intended to sue some State Commissioners for defamatory statements allegedly uttered against his person, he was so concerned about the influence of the sitting Governor over the state courts that he came all the way to the FCT High Courts to file his suit.. This is how unfortunate the situation has become.

This is what has necessitated the conversation revolving around breaking the financial chains holding down the judiciary. Several stakeholders in and outside the judiciary have campaigned for the financial autonomy of the judicial arm of governments.
The Presidential Executive Order 10 of 2020 is another step in the journey to financial freedom of the Judiciary.

The actual citation of the Order is:
‘Implementation of Financial Autonomy of State Legislature and State Judiciary Order, 2020’, which took effect from the 22nd of May, 2020.

For the purpose of better understanding of the order, I’ll go ahead and highlight the essential parts of the order:
1: States are still allowed to prepare and pass their various Appropriation Bills wherein they will budget certain funds for the various arms of government.

2: Once those funds have been budgeted/appropriated, the funds meant for the State legislature and State judiciary must be charge on the account of the State as a ‘First Line Charge’ (meaning it must be taken out of the account first, before any other withdrawal is made).

3: Once it is discovered that a State government has FAILED to charge the funds meant for the legislature and judiciary as a first line charge, the Accountant General is authorized to deduct those finds from the source, which is the Federation Account (in the course of allocation to states).

4: Every state will constitute a new budget committee comprising of certain representatives of all three arms of government.

5: The Judiciary itself shall then constitute its own internal budget committee to administer their funds.

6: There shall be, within the next 3 years, a capital allocation (capital funds) given to the judiciary to enable it execute capital projects, like renovation of dilapidated structures and the construction of new ones.

This is not a declaration of war between the Federal and States government, I believe this is an attempt by the president to establish a procedural framework for the implementation of the provisions of the constitution.

WHAT NECESSITATED THE SIGNING OF THE ORDER???

Before we delve into this, we would need a better understanding of certain terms.

THE FEDERATION ACCOUNT is where all the revenue gotten by Nigeria is kept.
THE CONSOLIDATED REVENUE FUNDS (CRF) of the Federation and of the 36 states are monies received from the Federation Account for their appropriation, as such, the CRF of Osun State is Osun State’s share of the ‘national cake’ (revenue that accrues to the Federation Account). By section 120 (2) of the 1999 CFRN, the only funds that can be withdrawn from the CRF are the funds appropriated in the Appropriation Bills and funds directly charged to the CRF by the Constitution.
APPROPRIATION BILL is the legislation that is tabled before the legislature to be passed as a law, every year, with full details for how the government spending for that year will look like (annual budget). Ordinarily, funds that are to be directly charged to the CRF are not included in the annual budget.
DIRECT CHARGE on a CRF means that the funds allocated to a body (like the judiciary) must be paid to them once the funds are available. This means that it could be the left till the end of the financial year before it is paid. All these are left to the discretion of the executive arm of government.
On the other hand, FRONT LINE CHARGE is a mandate on the CRF that no withdrawal should be made until those funds allocated to a body (like the judiciary) are paid to them FIRST.

Ordinarily, according to public opinion, the constitution was altered in 2018 to provide for financial autonomy of the state legislature and judiciary. There was a whole lot of celebrating that period, we were busy popping bottles of champagne and dancing on the streets.
2 years later, nothing has been done at the state government level, why is that???

The problem is rooted in the language of the legislation.
Contrary to popular opinion, the 4th Alteration of the 1999 CFRN did not enforce financial autonomy for the Judiciary, neither did it correct the deficiency of the old provision it replaced, all it did was to add the state legislature to that deficient provision.
The new provision reads:

No wonder it sailed through the constitutional amendment process smoothly, it actually did not correct anomaly for the judiciary.
You see, the problem with financial autonomy was not that the state judiciary was not allocated any funds by the governors, it was that the governors had discretion as to how to allocate funds since the Constitution used the term ‘direct charge’ instead of ‘First line charge’. Thus, the government put the payment to the judiciary at the tail end of their priority list. This means that payment could be the left till the end of the financial year before it is paid.
Thus, this is the major change the Executive Order was trying to introduce, making the allocation to the judiciary and legislature a top priority by using the term ‘First line charge’.

The Executive Order has its foundation deeply rooted in the 4th Alteration of the 1999 CFRN as stated above. Furthermore, the Federal High Court in Suit No. FHC/ABJ/ CS/667/13 JUSUN vs. NJC and 78 others, delivered a judgement in 2013 where it interpreted section 121 of the constitution and mandated the states government to pay funds allocated to the judiciary as a first line charge. The judgement was followed by a reluctance from state governors to comply which led to several strike actions and garnishee proceedings on state accounts as well as appeals that are pending, all championed by the Judicial Staff Union of Nigeria (JUSUN).

The other legal framework in support of the Executive Order is the provision of section 5(1)(b) of the 1999 CFRN which mandated the president to ‘execute and maintain the Constitution’. This translates to mean that the president is tasked with the responsibility of executing provisions of the constitution, which includes Court orders.

DESIRABILITY OR OTHERWISE OF THE IMPLEMENTATION OF THE EXECUTIVE ORDER 10

It is important to understand that the Executive order 10 has generated a lot of smoke in the legal community since its publication.
Though the spirit behind the Order was well thought-out, it is important to note that unless the framework is well grounded in law, it stands a risk of being knocked out by the Courts when it is subjected to a litmus test.
As such, we will be addressing the pros and cons of the Order and see if the cons can be modified in order to withstand any test going forward.
The major matters arising are:
1: The fact that the Order is not legislation and can be revoked at any time subsequently. This is a legitimate concern that an incoming government may parley with certain governors with selfish interests and revoke the said order. However, this fear applies to all alternatives as judicial pronouncements can be overruled and legislations can be amended or repealed.

2: The constitutionality of the Order as the Federal Government is enforcing a law on behalf of the state government. It is important to not here, that the enforcement of the provisions of the order is primarily collaborative, it is only when there is a deliberate effort from a governor and his executives to undermine other arms of government that the Federal Government may deduct the funds themselves. Furthermore, there are other instances where funds of a state can be deducted by the FG, a typical example is a loan collected by a state government (of which the FG mostly stands as a guarantor), the federal government may deduct the amount payable as a first line charge whenever the situation demands it.

However, there are reasons to rejoice for the coming of this ‘messiah-esque’ Order, reasons why this order is necessary and beneficial to the progress of our judiciary going forward:

1: We can finally attain true independence in the judiciary (well, that is until we address the issue of appointment of heads of courts which is another stranglehold the executive arm has on the judiciary).
2: Nigeria is still taking baby steps as to how to operate a true Federalism, this will be a step in the right direction. Separation of powers is a fundamental part of true federalism.
3: The spirit of the relevant constitutional provisions actually reveals a quest for financial autonomy of the various arms and tiers of government.
4: This Order is a pace setter in a new age of enforcement of laws and judgements. It is so essential to understand how the importance of creating policy frameworks to enforce the provisions of the law as well as court judgements. The Constitution and our laws may create legal frameworks but it is up to the executive arm to create policies that will enable the enforcement of the said laws. For instance, there is an attempt to amend the Constitution to include virtual court proceedings, that’s all the Constitution will do, it is left for the executive arm to create policy frameworks in order to provide the infrastructure and procedure (even if it means the creation of an agency for that purpose).
5: It will empower Courts to provide checks and balances on the other arms of government.
6: It will gradually erase any form of control that other arms may have over the judiciary.

CONCLUSION
This is a victory for the judiciary and it is another step in the journey to the attainment of true Rule of Law in Nigeria. The courts are saddled with the responsibility of testing laws and the execution of said laws in order to streamline it to meet the economic reality of society, a financially autonomous judiciary is a progressive one and one that will maintain a just and stable environment for our economic, social and political development.