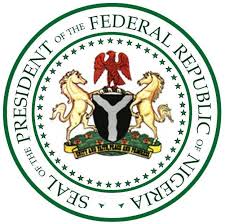 THE Federal Government has concluded plans to set up special courts for speedy trial of financial crimes and terrorism cases. Senior Special Assistant to the President on Prosecution, Barrister Obono Obla, who disclosed this to Vanguard in Abuja yesterday, said that government would come up with executive bill to be forwarded to the National Assembly for the establishment of the special courts. Obla also told Vanguard that lawyers had been stalling efforts towards securing successful prosecution of high profile cases in the country with their delayed tactics. He said: “We have also drafted the Special Criminal Courts or Special Crimes Court, which we intend to present a bill to the National Assembly for passage to facilitate speedy trials of terrorism, economic and financial crimes, corruption etc. “The court will be created, exclusively vested with the jurisdiction to try those categories of crimes. If this bill is passed into law and signed by Mr. President, it will go a long way in ensuring that criminal cases are speedily dealt with. “We have also created the Administration of Criminal Justice Monitoring Committee which I serve as the Acting Secretary.  That committee was created pursuant to Section 470 sub (1) of the Administration of Criminal Justice Act. That committee is to ensure that criminal cases are speedily dealt with. “The criminal justice process is made up of so many components. We have lawyers, we have Judges, we have Police. If you look at the Administration of Criminal Justice Act 2015, it enjoins all stakeholders to cooperate and work with one another. “So, it is not only the business of the government, it is also the business of lawyers in private practice, Judges, Police, all law enforcement agencies and all stakeholders to ensure that the provisions of that Act are applied, but sometimes we don’t have this cooperation from lawyers.”