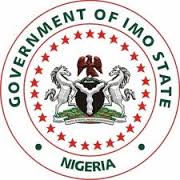 The Court of Appeal sitting in Owerri, has ordered the freezing of all the accounts of Imo State Government and the confiscation of all monies domiciled in them. The appellate court equally ordered that the confiscated monies should be used to offset the sum of N1 billion owed E. F. Network Nigeria Limited and Mr. Gideon Egbuchulam. Justice It’s G. Mbaba handed down the orders while delivering judgment in an appeal filed by the Governor of Imo State, the Attorney General of Imo State, the Environmental Transformation Committee and the Ministry of Petroleum and Environment, Imo State. The appeal was sequel to the earlier judgments delivered by Hon. Justice Maryann Anenih of Maitama High Court, Abuja, and Hon. Justice Ijeoma Agugua, in suit numbers FCT/HC/M/9257/2016 and HU/538/2011, respectively. The appellants had prayed the Appeal Court to set aside the earlier judgments, which delivered judgment in favour of the contracting firm and Mr. Egbuchulam. As at the time of going to press, no government official was prepared to comment on the judgment.