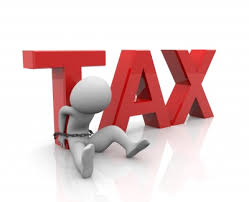 The Federal Government has extended its searchlight on tax evaders with net-worth properties in highbrow areas of major cities.

The Federal Government on July 1, 2017 granted tax payers a nine-month grace to regularise their tax status under the Voluntary Assets and Income Declaration Scheme (VAIDS).

Yesterday, a  source in the Presidency told reporters that the government through its data mining agency “Project Lighthouse” had received documents on property owners across the country from state governments.

The first set of property owners that will come under scrutiny for tax compliance are owners of buildings in Maitama, Asokoro, Garki ll, Wuse ll in the Federal Capital Territory (FCT) and those on Banana Island and its environs Magodo, Lekki, Ikoyi in Lagos state.

The source revealed that tax records and bank account details of these property owners are being reviewed by the team of “Project Lighthouse.”

The source said “the extension of the searchlight on these property owners is not unconnected with Illicit Financial Flow (IFF). Most of these people are diverting their incomes to properties and are not paying taxes.”

It was further learnt that some state governments in collaboration with the federal government have provided electronic searchable data base for individual and corporate property owners with the following key information: Name of owner, plot number, location and Certificate of Occupancy (CofO) number.

It was also leant that the federal government is extending the searchlight to other northern states, the south east and the south-south regions.

The decision to go after highbrow property owners the source said, is because “it has been observed that their life style does not reflect in their tax payment.”