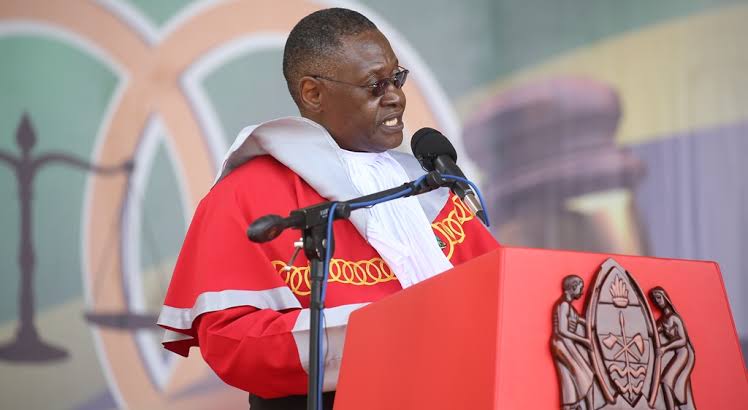 THE Chief Justice of Tanzania, Prof Ibrahim Juma, has advised lawyers to be at the forefront in advancing regional integration and ready to open up the legal market to practitioners from beyond their borders.

“Lawyers must also be ready to adjust their practice models to be in-line with advancements globally,” the Chief Justice told the delegation. He noted the important contribution of both the national and regional bar in the development of Tanzania and the region.
Furthermore, the Chief Justice expressed his readiness to welcome new opportunities for Tanzanian lawyers including those from the newly admitted member of the Community, the Democratic Republic of Congo and his willingness to assist in the opening up of the Tanzanian legal market.

The top on the agenda in the meeting between the Head of Judiciary and officials of the two bars associations were discussions around programs undertaken by the national bar in Tanzania and the regional bar around the independence of the judiciary, rule of law, human rights and access to justice.

They also discussed key matters in the region including those touching on regional integration and the role and place of the judiciary.

Speaking after the meeting, the EALS President expressed his gratitude to the Chief Justice of Tanzania for setting aside time out of his busy schedule to discuss matters that are key to Tanzania and East Africa.

“I look forward to working closely with the office of the Chief Justice together with the Tanganyika Law Society to ensure that as lawyers we play our part in propelling regional integration, the rule of law, access to justice and role of the legal fraternity in our country’s prosperity,” he said.

He urged TLS members to take regional integration and the opening up of legal markets across the region as an opportunity to scale up rather than a challenge.

The two Presidents then officially invited the Chief Justice to the upcoming TLS and EALS events being the Annual Conferences and General Meetings in May for TLS and November for EALS, respectively.