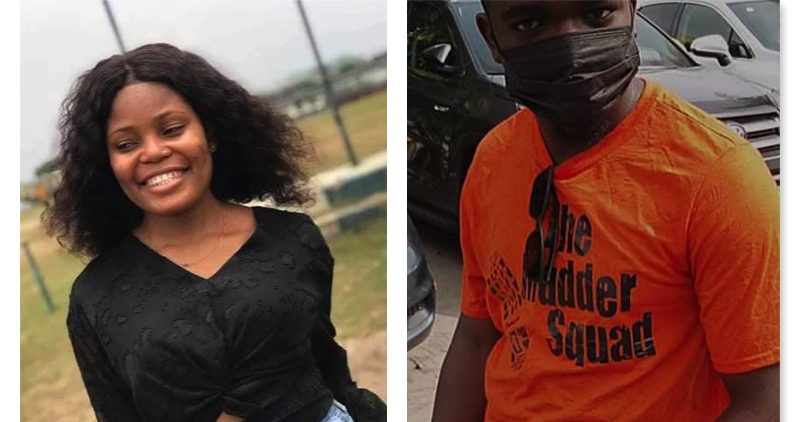 Uduak Akpan, the first accused person in the murder of Iniubong Umoren, a graduate of Philosophy from the University of Uyo, has told an Akwa Ibom State High Court presided over by Justice Bassey Nkanang that he was tortured to sign a statement given to him at the Department of State Services (DSS).

At the resumed hearing on trial in Uyo, the state capital, the suspected murderer said he signed the statement to avoid more slaps and beatings from DSS officers.

The trial judge, Justice Bassey Nkanang, had adjourned the case, for a mini-trial to be conducted, in order to determine the voluntariness of that statement.
Counsel to Uduak Akpan, Barr. Sampson Adula, had, last week, objected to its admissibility on grounds that it was not made voluntarily.

Speaking while being cross-examined during the mini-trial, Uduak Akpan, who is facing a two-count charge of rape and murder admitted that he was the person speaking in the video CD played in the court but stated that the DSS officers gave him the answers and the questions to rehearse before the video recording.

He said, “They said I should practice those questions and answers and they also said when they start recording that I should give them the answers according to what I practiced”.

The first accused had also disowned the statements that two police officers, the IPO and ASP, had testified that he made to them in the course of their investigation in the matter.

However, when cross-examined in the trial-within-trial, the DSS investigator, Ama Okeke (PW10) told the court that the allegation that the first accused made the statement the prosecuting counsel sought to tender in evidence involuntarily was not correct.

The prosecution witness testified that the DSS has a standard interrogation room with electronic gadgets, cameras, recorder, pen, tables, chairs, etc, where a suspect could relax to write or make his or her statement voluntarily.

“And when the first accused person was in this room, he was asked if he knows why he was in the DSS? My Lord, he had voluntarily told my team that it is because he killed Iniubong Ephraim Umoren”, Okeke also testified.

The witness further testified that it was not also correct that the video recording of the first accused which was played in the court was as a result of questions and answers as alleged by the first accused person, noting that his team only asked Uduak Akpan to narrate what happened that led to the death of Iniubong Umoren.

The court admitted the video Compact Disc (Video CD) that was played in court in evidence, marked as exhibit two in trial-within-trial.

Justice Bassey Nkanang adjourned the case till February 24, for ruling on the trial-within trial and also for the conclusion of the evidence of PW10.