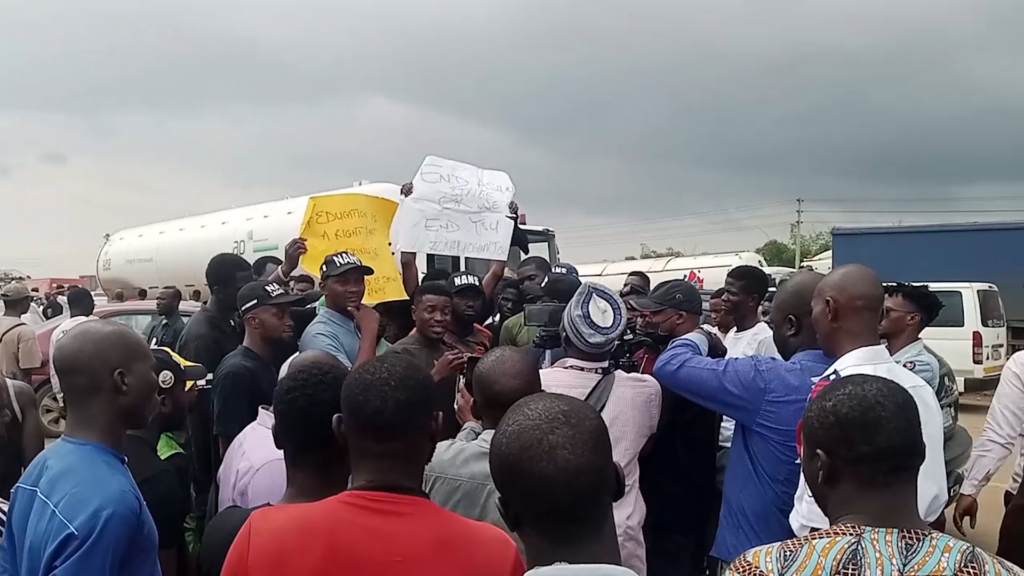 Commuters plying the ever-busy Lagos-Ibadan Expressway had a hectic time on Tuesday when university students blocked the inbound and outbound sections of the expressway in protest over the seven-month-old strike by the Academic Staff Union of Universities.

The protest was staged in the Mowe area by the students under the aegis of the National Association of Nigerian Students (NANS).

Members of the association said the protest has become imperative in order to press home their demand for immediate resolution of the face-off between ASUU and the Federal Government.

The protest brought vehicular movement on the ever-busy expressway to a halt, leaving passengers stranded.

Some were forced to take barely motorable alternative routes to avoid the protesters, while others drove against the traffic in order to beat the traffic jam the protest caused.
Public universities in the country have been shut down for seven months since February 14 when ASUU embarked on its industrial action.

Talks between the Federal Government and the striking lecturers have since broken down with both sides trading accusations.

With the possibility of an agreement looking increasingly unlikely as the days went by, the Federal Government dragged ASUU before the National Industrial Court.