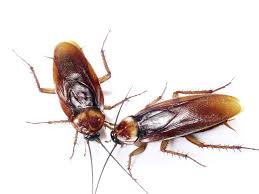 The search for the next big thing in healthy eating has had us stockpiling unusual kitchen staples like cactus and black pudding over the past year, but none are quite so strange or grizzly as the latest ‘it’ ingredient.

It’s time to pour out your almond milk and bin your cartons of soya, because cockroach milk is being touted as the next big superfood – thanks to a host of health and beauty benefits.

Researchers in India have discovered that a Pacific Beetle cockroach – which gives birth to live young rather than laying eggs – produces nutrient-rich milk crystals for her young, which may be beneficial to humans too.

The substance is thought to be one of the most nourishing on the planet, and boasts four times more protein than cow’s milk, making it a great post-workout supplement.

It is also said to contain essential amino acids that promote cell growth, as well as lipids and sugars that fuel energy.

“The crystals are like a complete food – they have proteins, fats and sugars. If you look into the protein sequences, they have all the essential amino acids,” said Sanchari Banerjee, one of the researchers, in an interview with the Times of India.

The milk also has other benefits, like the fact it releases energy over time.

“It’s time-released food,” said Subramanian Ramaswamy, who led the project. “if you need food that is calorifically high, that is time released and food that is complete. This is it.”

The scientists, who work at the Institute of Stem Cell Biology and Regenerative Medicine, believe the milk could be sold as a protein supplement in the future.

Can’t wait to pick up a carton? Don’t expect to find it next to the semi-skimmed in the dairy section any time soon.

Clearly milking cockroaches for mass production isn’t a feasible option, so the scientists are currently attempting to sequence the genes responsible for producing the milk protein crystals in their lab.

Should their tests prove successful, the roach milk could overtake the likes of coconut, almond and rice milk in the competitive health-food market.