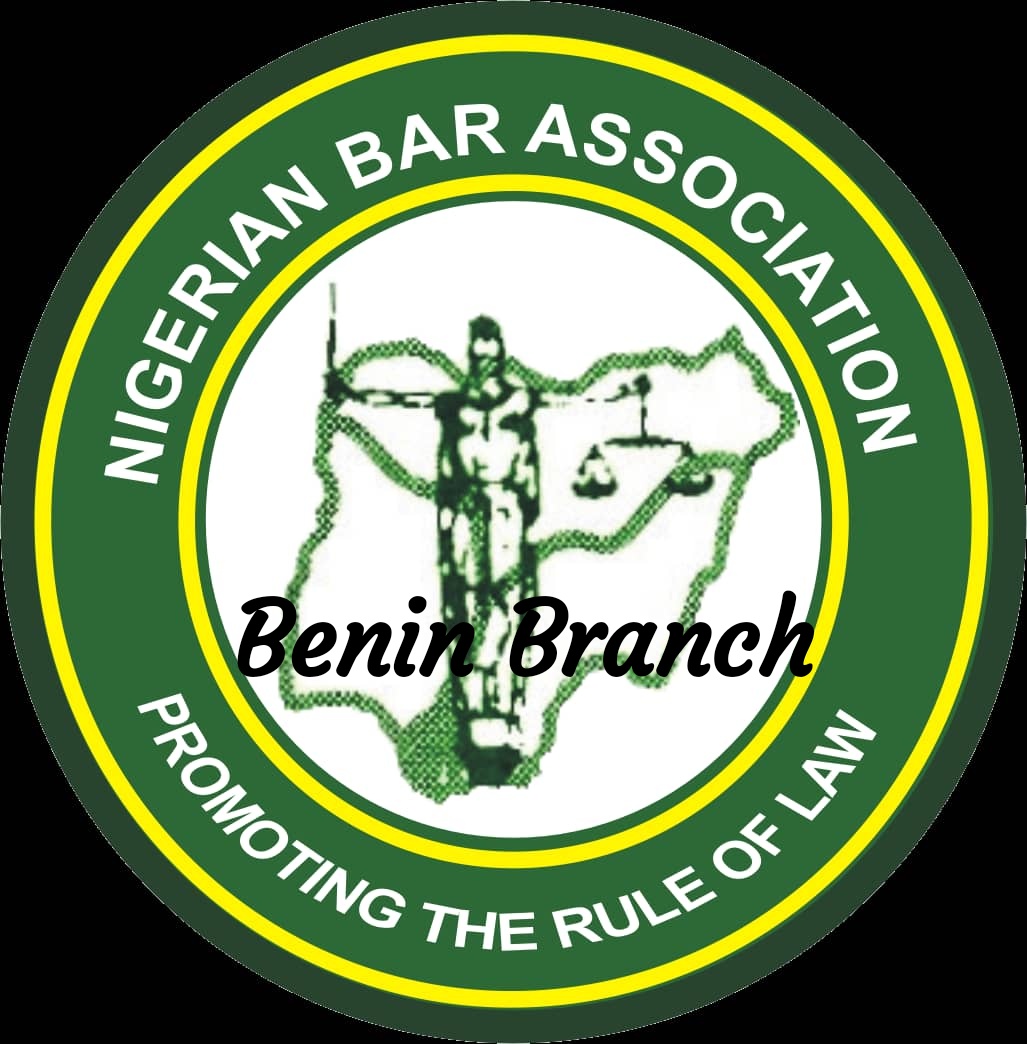 AN ADDRESS DELIVERED BY THE CHAIRMAN OF THE NIGERIAN BAR ASSOCIATION, BENIN BRANCH, PIUS IDEMUDIA OIWOH Esq. FOR AND ON BEHALF OF ALL THE OTHER BRANCHES OF THE NBA IN EDO STATE, AT THE SPECIAL COURT SESSION TO MARK THE OPENING OF THE 2020/2021 LEGAL YEAR IN THE EDO STATE JUDICIARY ON FRIDAY THE 27TH DAY OF NOVEMBER, 2020

RESTORATION OF THE CUSTOMARY COURT OF APPEAL

Justice is a consumer product and must therefore meet the test of confidence, reliability and dependability like any other product if it is to survive market scrutiny. It exists for the citizenry, at whose service only, the system of Justice must work.

We are at an inflexion point in the history of our State and our country and we must do all that is within our powers to make sure we regain the trust of the Nigerian people.

It shall be the duty of every police officer to assist in the execution of process of the court.

While we have lamented and said the role the police play in frustrating the valid execution of an unappealed judgment of a Court of Law, we will not tweedle our thumbs and throw tantrums, we are therefore advocating for creative means by which judgments can be enforced. One of our suggestions is that we establish and empower Sheriffs in line with the provisions of the Sheriffs and Civil Processes Act to hasten to give judgments of Court teeth. We therefore advocate for the creation of a Unit of the Police by the Commissioner of Police to be domiciled in the High Court for such purposes.

A Judge by the nature of his position and professional calling is expected to be straight forward, upright, diligent, consistent and open in whatever he does in Court and other places of human endeavour that he happens to find himself. This is because his character as a Judge is public property. He is the cynosure of the entire adjudication in the court, and like Caesar’s wife of ancient Rome, he is expected to live above board and above suspicion, if the judicial process should not experience any reverse or suffer detriment. A Judge should know that by nature of his judicial functions, he is persistently and consistently on trial for any improper conduct immediately before, during and immediately after the trial of a case.

Unfortunately, State Courts (Judiciary) in Nigeria and of course the Legislature have over the years relied on the Executive for their funding. This is antithetical to the principle of separation of powers as guaranteed under the Constitution. Once again permit me to quote Cyrus Das PhD where he stated and I quote:

Judicial responsibility, accountability and independence are in every sense inseparable. They are, and must be, embodied in the institution of the judiciary.

On Friday, May 22 2020, President Muhammadu Buhari signed an executive order known as the Executive Order 10 of 2020 wherein he granted financial autonomy to the Legislature and judiciary. This Executive Order is simply to restate the provisions of Section 121 (3) of the Constitution of the Federal Republic of Nigeria which state that Any amount standing credit of the a) House of Assembly of the state, and b) Judiciary, in the Consolidated Revenue Fund of the state shall be paid directly to the said bodies respectively; in the case of the judiciary, such amount shall be paid directly to the Heads of the Courts concerned.. Although the implementation of this order is yet to take place fully due to some concerns raised by Governors and the concerns over its constitutionality. The intention behind it must be lauded by all and sundry. Although it is painful that an Executive Order of the President will be needed to carry out the clear dictates of the Constitution, nevertheless we must never be shy to discuss the imperatives for a truly independent Judiciary which starts from financial autonomy. The Judiciary should not be going cap in hand begging the executive to execute projects and other things which need to be done. This is a recipe for emasculating the Judiciary and dragging it into the murky waters of politics.

If the Legal profession and our country are to achieve their undoubted potentials, we must undertake the task of building strong institutions and not creating strong men. If lessons have been learnt from the United States of America in the recent debacle that has followed the conduct of the Presidential elections in that country where a sitting President lost an election and is refusing to go out quietly into the night is that the American institutions are strong and independent and are probably made of Teflon, though they may creak, they will not fall. That must be the model we must adopt for our country and our judiciary to achieve the lofty ideals of what justice delivery should be.

On behalf of the Bar, I heartily congratulate My Lord,the Honourable the Chief Judge of Edo State on this event marking the opening of the New Legal Year and also note that this being His Lordship’s last opportunity of presiding over an opening of the legal year shall by the Grace of God experience a less disruptive and more productive 2020/2021 Legal Year. As Ministers in the temple of justice, we will endeavour to continue to work with Your Lordships to protect the sanctity of this hallowed temple and join our voices with that of others to advocate for the financial autonomy of the judiciary and in line with our motto, continue to ‘promote the rule of law’.

We continue to wish Your Lordships good health, long life and divine wisdom to navigate the affairs of the Court in this New Legal Year and we must realize in the words of Barry Gardiner that:

A well-functioning judicial or education system is just as much part of the wealth of a nation as its roads, ports and factories.

Your Lordships, although the picture which I have sought to paint here might be all rosy as some would have hoped for, the decision to give this kind of speech is because it is our firm belief that the justice system is at a point in our history where our moves from hereon will be monitored closely by all members of society and we cannot afford to fail the Edo people in particular and the Nigerian society at large. The battle to reclaim the confidence of the Nigerian people in the institution of the judiciary is one which will shape the future of this country we love and we cannot afford to drop the ball as we take on this challenge head-on. May I assure Your Lordships and our colleagues here present that the Bar will leave no stone unturned in her quest to bequeath and be part of a vibrant Judiciary and to make sure this hallowed temple of justice is not desecrated but is venerated to its rightful place in society. Your Lordships, permit me to coin the words of Teddy Roosevelt to suit the enormity of the situation which stares us in the face.

My Lords, the Judiciary stands at Armageddon and we battle for the Lord.