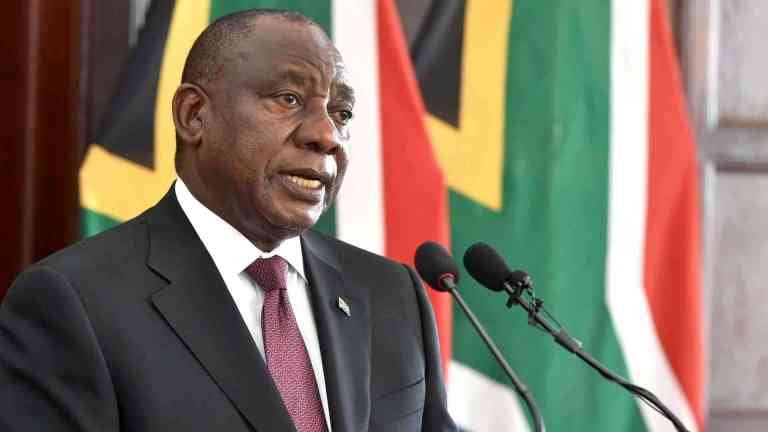 South African President Cyril Ramaphosa has given a seal of approval to the revised critical skills work visa as the country tightens its immigration laws.

South Africa recently published its list of critical skills for purposes of immigration, identifying a total of 101 jobs that should – in theory – give qualified foreigners a fast-track to a working visa or permanent residence in SA.

In the wake of rising unemployment, South Africa is now reserving some jobs for its nationals in a move that will leave millions of foreign nationals jobless.

Some jobs, including waitressing, operating small businesses, shop keeping, and the health and beauty industry, occupied mainly by foreigners, are now required to be exclusively for South African citizens.

Law practice has also been struck off the roll of 101 critical skills jobs which was updated at the beginning of February 2022 for the first time since 2014.

“We are, therefore, streamlining and modernising the visa application process to make it easier to travel to South Africa for tourism, business and work,” Mr Ramaphosa said in his State of the Nation address.

“The revised Critical Skills List has been published for the first time since 2014, following detailed technical work and extensive consultations on business and labour.”

Stringent immigration laws are being introduced, and Zimbabweans have already been the most affected.
Zimbabwean nationals have had their exemption permits scrapped, and about 200,000 of them are required to leave South Africa at the end of 2022.

“The updated list reflects the skills that are in shortage today to ensure that our immigration policy matches the demands of our economy,” said Mr Ramaphosa

“A comprehensive review of the work visa system is currently underway, led by a former Director-General of Home Affairs, Mr Mavuso Msimang. This review will explore the possibility of new visa categories that could enable economic growth, such as a start-up visa and a remote working visa.”

An estimated three million foreign nationals are said to be working in South Africa without proper documentation, which has angered locals who feel they are being pushed out of the job market.

South Africa’s unemployment rate hit a new record of 34.9 percent, as per the latest statistics released by the government in November 2021.

Jobless and disgruntled youths feel the government has turned its back on them. That is credited as having cost the ruling African National Congress votes in the 2016 and 2021 local government elections.

“If there is one thing we all agree on, it is that the present situation – of deep poverty, unemployment and inequality – is unacceptable and unsustainable,” Mr Ramaphosa said.

“Covid-19 has exacerbated the divide between those who are employed and unemployed. Last year, our unemployment rate reached its highest recorded level. Unemployment has been caused by low growth, which has, in turn, resulted from a long-term decline in investment.”

However, the President has been silent on the wave of ongoing xenophobic attacks on some foreign nationals.
Some local groups have taken matters into their hands, storming workplaces and asking for work visas from foreigners.

Some illegal immigrants are also being evicted from their rented properties by ordinary South Africans.