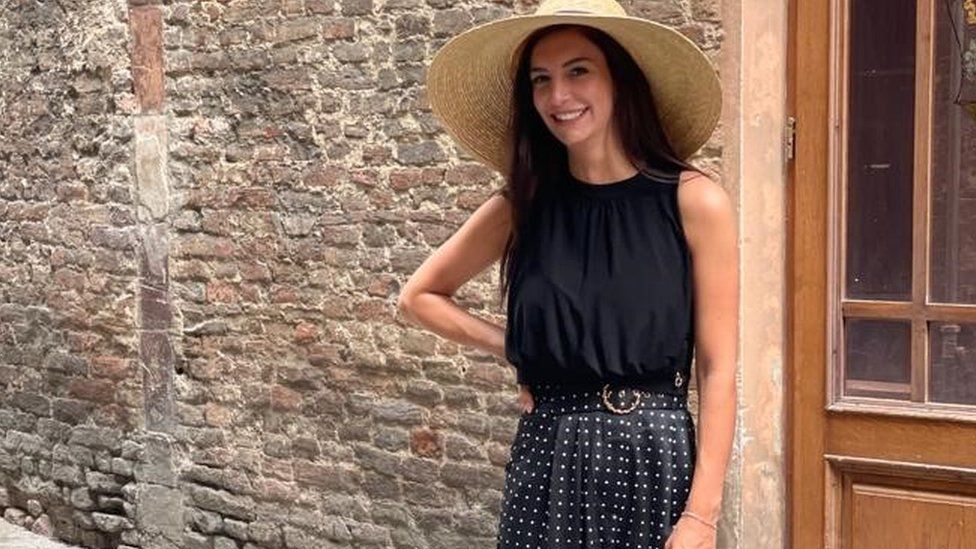 The owner of a small boutique says she is “over the moon” after winning a trademark battle with High Street fashion giant Zara.

Amber Kotrri, who runs Darlington-based House of Zana, had been told by the retailer her business was “conceptually identical”.

Zara had argued there was a “high degree of visual and oral similarities” between the two brands.

But a tribunal found the link was “too insubstantial”.

She said the judgement was a “genuine weight off my shoulders”.
“It’s been well over a year and very stressful on my home life, as a mum of three young children, as well as on the business as there’s been hours and hours of preparing documents of evidence,” she said.

“My daughter’s due date coincided with the time the last evidence was due so it hasn’t been easy.”

Mrs Kotrri said she had received an email informing her of the tribunal’s decision while on a visit to the theatre with her three children – but took several days to build up the courage to open it.

“It was quite a long document and I couldn’t really understand a lot of it as I had butterflies,” she said.

However, she said she saw the words “the opposition is unsuccessful” and was relieved she would be able to continue growing the business.

“It’s been so stressful – but we won,” she added.
In May Mrs Kotrri, who represented herself at the tribunal, told the hearing there was “no likelihood” of confusing the brands.

Zara had argued the House of Zana trademark application should be refused because it was too similar in name, which could result in customers confusing one trademark for another.

Julia King, representing Zara, said the name Zana was “one small brush mark” away from her client’s, adding the County Durham-based brand was “not distinctive and only descriptive”.

She said it could pose a “serious threat” to Zara if the market was crowded with brands that looked and sounded similar.

However, tribunal registrar Matthew Williams ruled he was satisfied any “mental link” made by customers between House of Zana and Zara would be “too insubstantial and fleeting” to result in an “exploitation” of Zara’s reputation.
He said the two brands were “visually and aurally similar to a degree between low and medium”.

Mrs Kotrri, whose husband is Albanian, set up and named her company in 2019 after the Balkan country’s word for “fairies”.

She said she was contacted by Zara’s lawyers last year after trying to trademark her brand.

Mrs Kotrri said she had also been in contact with more than 10 other small business owners who had been contacted by the fashion company asking them to rebrand because of similarities with their names.
She has previously accused Zara of “very intimidating” conduct in its dealings with her.

Mrs Kotrri said: “To anyone in a similar position I would say, ‘keep fighting it’ll be worth it in the end – be brave and ignore the threatening way the legal letters are worded’.

“You know your business the most, you know the meaning behind any name, and if you’ve built it up then fight for it, I couldn’t tell my children that I closed down my business because someone bigger told me to.”

Inditex, the parent company of Zara – is one of the world’s largest fashion distribution groups with 6,477 stores, including Bershka, Pull & Bear and Massimo Dutti.

A Zara spokesperson said: “While we do not wish comment on the judgment itself, we continue to wish Ms Kottri and her business success in the future.”