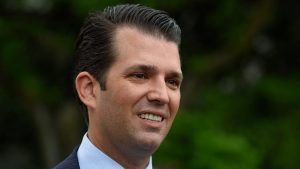 Natalia Veselnitskaya was the legal representative for a military unit of the Federal Security Service, known as the FSB, the court filings from 2011 and 2012 show. A Russian appeals court in 2012 upheld a lawsuit by the Federal Property Agency over ownership of a five-story building in northwest Moscow in a victory for her client.

Veselnitskaya wasn’t immediately available to comment on the case, which was reported earlier by Reuters.

The lawyer has denied she acted on behalf of the Russian government at the meeting in June 2016 with Donald Trump Jr., which was also attended by the president’s son-in-law Jared Kushner, who’s now a senior adviser in the White House, and Paul Manafort, who was his campaign chairman. According to emails released by Trump Jr. as the New York Times was poised to report on them, the meeting at Trump Tower was set up for the purpose of receiving incriminating evidence about Democratic contender Hillary Clinton provided by the Russian general prosecutor.

The president’s son, who enthusiastically accepted the invitation to meet with Veselnitskaya for that purpose, has said she provided no useful information and the discussion focused instead on Russia’s ban on U.S. adoptions of Russian children. The ban was imposed in retaliation for the 2012 Magnitsky Act, a U.S. law that blacklisted suspected Russian human rights offenders.

Veselnitskaya has lobbied for repeal of the Magnitsky Act, which is a major irritant to Russian President Vladimir Putin. President Trump told the New York Times that he talked “about adoption” with Putin during a dinner at the Group of 20 meeting of world leaders in Hamburg this month.

Velselnitskaya and her legal firm, Kamerton Consulting, represented the FSB unit, according to the court filings. The case centered on the disputed ownership of the building, a privatized asset of the Soviet Ministry of Electronic Industry.

The lawsuit contested the right of two private firms to the building. Military Unit 55002, which occupied the building since 2007 after a ruling went against the companies, was responsible for its maintenance and “in essence owns the disputed site,” according to one of the two court documents.

Electrointorg, a subsidiary of state-owned industrial and military holding Rostec, currently has its offices in the premises, according to its website.

Before it’s here, it’s on the Bloomberg Terminal.  LEARN MORE