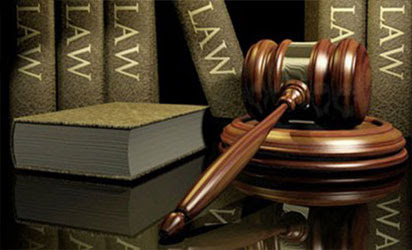 In early October the Polish Constitutional Tribunal ruled that EU law does not necessarily have primacy in Polish courts, a decree that represents a fundamental challenge to the EU’s architecture.

‘The court’s decision appears to allow a country to pick and choose which international obligations it is bound by,’ says Melinda Taylor, Co-Vice Chair of the IBA Human Rights Law Committee and a human rights lawyer based in The Hague.

The Tribunal’s decision marks the latest chapter in the ongoing saga between Poland and the EU over the rule of law in the country. It takes a swipe at the principle that if there’s a conflict between EU and domestic law, then EU law prevails. But without this principle the EU would struggle to enforce its rules and ensure Member States each played their part. Given this, the European Commission President, Ursula von der Leyen, considers the Tribunal’s ruling to be ‘a direct challenge to the unity of the European legal order’.

The Polish Constitutional Tribunal was in essence asked whether Poland’s new rules on appointing judges were constitutional, after concerns were raised that the rules represent a threat to judicial independence. It found that they were.

The matter was then taken beyond Poland’s domestic courts to the Court of Justice of the European Union (CJEU). In March, the CJEU in effect set aside the Polish Tribunal’s decision and found that the way the judges are appointed in Poland violates EU laws due to a lack of impartiality and judicial independence. The CJEU also reaffirmed the primacy of EU law.

This led the Polish Prime Minister, Mateusz Morawiecki, to bring the October case before the Polish Constitutional Tribunal to ask it whether the CJEU was indeed right that EU law has primacy over domestic law in Poland where there is a conflict of laws, and whether it can set aside decisions made by Poland’s highest court. The Tribunal’s answer was that EU law does not always have such primacy.

Paulina Kieszkowska, co-founder of the Free Courts Initiative in Poland, a collective of lawyers campaigning on rule of law issues, is highly critical of the ruling. ‘The decision is a nonsense’, she says. ‘There is no conflict between the Polish Constitution and the EU Treaty on the issue of judicial independence. The court has no power to change the content and meaning of an international treaty.’

It’ll partly be down to the judges in Poland on whether they will follow this ruling. ‘It’s a question of enforcement’, says Taylor. ‘What will the courts do in terms of following through on these decisions?’

There have been protests in Poland in reaction to the Tribunal’s ruling and the legal community has come out against it. ‘We are really proud of so many judges who are not politically appointed and who are fighting back’, Kieszkowska says. ‘Without free and independent courts, everything else is worthless: there is nothing to guarantee free speech, free elections, individual rights.’

For its part, the European Parliament has called for ‘urgent and coordinated action’, including by holding back vital EU funds for Poland. But there are wider implications too. ‘This is about a treaty, the EU Treaty’, says Taylor. ‘It is also a political problem: we need countries to support that treaty to make the whole thing work so if they don’t, then political problems flow from that.’

Adding to the ever-broadening concerns over the rule of law in Poland is a proposed reform of the country’s media sector. A bill was presented in July which aims to place restrictions on the granting of broadcasting licences to foreign media. Critics are concerned that the bill is designed to establish a pro-government news channel by targeting TVN24, which is currently owned by the US company Discovery Inc and is critical of the Polish government, but whose licence expires later this year.

Jamie Wiseman co-authored a report compiled by the International Press Institute and published in February, entitled Democracy Declining: Erosion of Media Freedom in Poland. He tells Global Insight that ‘the media bill is not about foreign ownership, it’s about forcing the sale of a longstanding critical media outlet and ensuring more coverage ahead of elections in Poland in 2023’.

Observers believe that if one looks at what else is happening in Poland, the bill can be seen as a means of exerting greater political control over the media. In the 2021 edition of the European Commission’s Rule of Law Report, an annual monitoring mechanism of Member States’ domestic systems and their support of the principle of the rule of law, it stated that in Poland, ‘since 2020, journalists’ professional environment has deteriorated, with the use of intimidating judicial proceedings, a growing failure to protect journalists and violent actions during protests’.

The bill’s passage has currently stalled, though Kieszkowska fears the matter of the TVN24 licence may be put before the Constitutional Tribunal, ‘because the Polish Government knows that way they will get a favourable decision’.