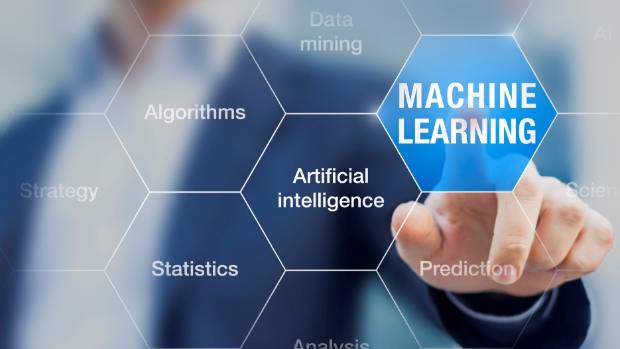 Multilingual ‘law-bots’ that can provide  lightning-quick advice with greater accuracy than its human counterparts means the cost of engaging a lawyer will get cheaper.

Artificial intelligence (AI) which can automate manual tasks traditionally completed by lawyers, will free up thousands of hours every year.

However, it will likely mean job losses as law firms adopt technology which will radically change their client’s experience.

“It never forgets, it can teach itself, in any language, any law from any country, and do it all very quickly,” said Mike Schubert, chief executive of New Zealand law firm MinterEllisonRuddWatts​.

The leading law firm has spent a year developing technology with a half a dozen coding experts.

Speaking with Stuff on AI-Day, Schubert said he is excited by what he sees.

“We knew [AI] would impact the law firm, and the law generally, but we didn’t know how.

“It can read thousands and thousands of contracts very, very quickly, and identify clauses which are relevant and give advice on how to follow them up.”

If your sales force are entering into contracts, then your contracts can be drafted by the automation, he said.

“The time it takes to do it decreases, and the accuracy increases.”

In a recent LawGeex experiment in the United States, ‘law-bots’ competed against law professors in a lawyering competition.

Both the humans and the AI were given four hours to read contracts and identify over 30 legal terms and issues, including arbitration and confidentiality agreements.

The humans managed an 85 per cent success rate, but were outperformed by the AI who scored 95.

However, the most impressive stat: human lawyers averaged 92 minutes to analyse the contracts, the AI did it in only 26 seconds.

Minter Ellison and Goat Venture’s AI can learn by itself by training it with data, and Schubert said the team developed technology that allows it to learn off less data.

“The AI we developed is a tool for companies to help solve their legal problems, it’s not a robot to replace human beings.

“It will certainly replace manual tasks so in that sense you don’t need as many humans to do the work.

“But because it will cut out thousands of labour hours, the labour force will have to reduce, but it won’t be eliminated.”

Instead AI will diversify revenue streams for law firms and open up opportunities to delve into different areas of law, he said.

“The lawyers that do remain will just be doing the real specialist applications.”

But Schubert “absolutely” thinks law as a profession has a future.

“The reason for that is business can’t transact without the confidence that the rules they have in place are properly documented and within the laws and regulations of whatever jurisdiction they’re working in,” he said.

“Because business is growing there are more and more complex transactions and therefore businesses will have a need for law.”

The venture is still in its research and testing phase around different parts of the world, and depending how those tests go the firm will settle on a location to commercialise it.