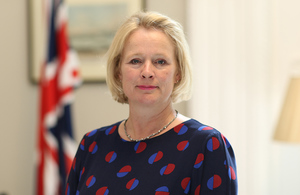 Minister for Africa Vicky Ford gave a statement on a reported massacre in Moura, Mali, in which hundreds of people were killed.

The UK is horrified by the reports emerging from Mali which indicate that hundreds of people were killed in Moura last week, following a counterterrorism operation carried out by the Malian Armed Forces (FAMa) with the alleged involvement of the Wagner Group. The allegations of civilian deaths require an urgent, transparent and impartial investigation, to bring those responsible for any violations and abuses of human rights to justice.

We note the statement from the Malian Ministry of Defence that the FAMa targeted violent extremist groups around Moura. However, multiple reports suggest that civilians were also killed by Malian Armed Forces and Wagner operatives. All counterterrorism activity must be carried out in strict compliance with International Humanitarian Law – civilians are not targets and they must be protected.

We call on the transitional authorities in Mali to ensure unfettered access to the United Nations Multidimensional Integrated Stabilization Mission in Mali (MINUSMA) to allow them to carry out their investigation, as they are mandated to do by the United Nations Security Council. The results of this investigation must be made publicly available, and steps taken to ensure civilians in Moura are protected.

The latest reports from Moura follow a clear trend in a surge of human rights abuses since the deployment of Wagner Group to Mali. Violations and abuses of human rights are contrary to the values that the UK and Mali share and will lead to worsening instability and violence. We urge the government of Mali to end all ties with the Wagner Group.

On behalf of the people of the UK, I offer my deepest condolences to the families of those who have been killed.”