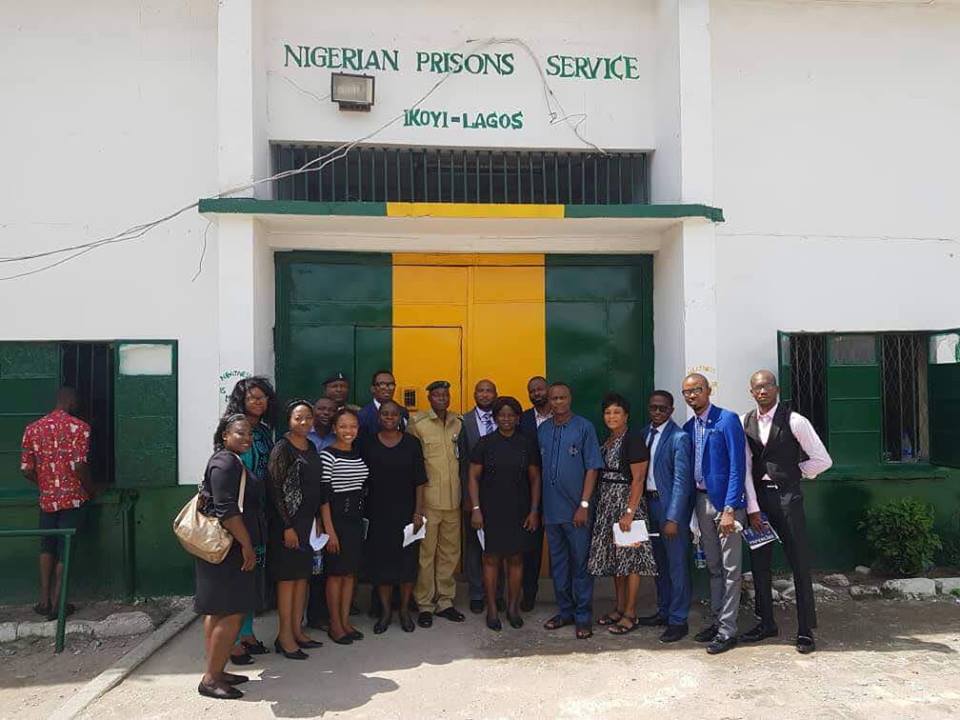 The decongestion of Prison by bringing justice to the poor , setting the captives free and giving hope to the oppressed is the major focus of the Committee members.

Based on the advice of the Controller of Prison, the Committee concluded on a Pilot starting with Ikoyi Prison .

On the 8th of June ,2018, 18 members visited Ikoyi Prison to interview the inmates after a courtesy call at the Controller of Prison’s office in Alagbon.

One hundred and fifty one (151) inmates were interviewed ; Capital Offences (50), Minor/Miscellaneous (61) and Task Force Offences (40).

Members of the Committee have been appearing in Courts – Lagos High Court, Magistrate Courts in Yaba, Ebute Metta, Surulere, Tinubu Igbosere and Ogudu for these cases particularly those that came up after our visit.

Out of the fifty (50) capital offence cases, Thirty-Four (34) are awaiting the DPP’s advice consequent upon which a letter had been written to the DPP’s office on the status of the advice in order to ensure quick dispensation of justice.

Out of the few cases that came up in June, the Committee through the efforts of the Committed members appearing in Court on pro bono have been able to  conclude Six (6) cases through Settlement, Striking out and Sentencing.

In our findings, some defendants claimed to have legal representation but the attitudes of these Counsel give the impression of ‘charge and bail’ as some readily give in to Committee members to take over while some put up resistance through the accused. This may result in keeping Prison due to his ignorance until he gets money for his counsel and fulfill the bail conditions.

Many more matters are most likely to be done away with very soon.

More than 80% of inmates arrested by the Task Force for wandering , no means of livelihood (an offense not yet enacted into law  ) and cultism are from Ogudu and charged to Ogudu Magistrate court. Although Ogudu is out of our jurisdiction but we decided to take the matters up because of the number of inmates charged with these offenses are overwhelming and they were begging for help. Apart from the fact that they are burdensome to the Prison authority.

The Committee was also involved in perfecting the bail of a young lady who was languishing in Kirikiri for a trumped up charges by her employer . Her sureties could not afford the meager bail and was left to remain in custody. The Committee plans to sue her employer for the violation of her freedom of movement.

We plan to visit the Medium Prison and Female Prison at Kirikiri by end of July ,2018 and do what we did in Ikoyi.

Members of the Committee are in court every day for one matter or the other.

We need more volunteers outside the Committee to help us handle some of these matters on pro bono; there are just too many for members.

We were not allowed to take pictures but had to do with the poor images taken by a prison officer after much appeal.