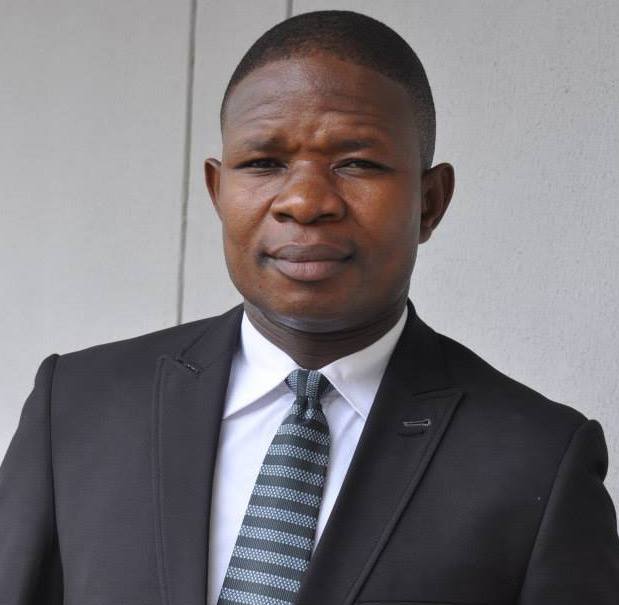 “The Nigerian Bar Association, NBA, has paid Law Pavilion the sum of Sixty Million (N60, 000,000) as a subscription fee for young lawyers”. See here.
➖➖➖
Gentlemen and Ladies, this news, if true, is indeed about a worthwhile project for young lawyers in Nigeria. It sounds like a continuation/renewal of an initiative commenced under the previous NBA National leadership.1

Just as I did the PUSAN administration when it undertook a similar project, I commend the present NBA National Leadership for this ONE STEP IN THE RIGHT DIRECTION. I felt I should pause to throw in a word of commendation, from the NBA’s ordinary members’ room (NBA-OMR), “the other room,” to people in the NBA Leadership Living Room (NBA-LLR), for this one job very well done, because as Warren Wiersbe said, “Truth without love is brutality, and love without truth is hypocrisy”.

Thus, just as I did the Paul Usoro-led administration when it commenced the project in 2020, I commend the present NBA National Leadership for sustaining same. It is a second major step in the right direction by the present administration, after the unprecedented free NBA-Seal-for-lawyers project. Let’s get this straight; among the major first tools a young law lawyer, indeed every serious-minded, success-oriented lawyer, needs for an effective law practice, are credible and useful research materials. Among the best law research materials are law reports because much of all of the relevant judicial precedents (case law) are usually effectively, swiftly and seamlessly found in the Law Pavilion e-resources, among others —  there’s Legalpadia, Toma Legal, etc. Payment for an entirely free subscription for any of such E-Law-Research Resources, to grant  (young) lawyers free access to law reports of current cases, statutes and some other law practice precedents, is a worthwhile project. If even up to N100,000,000 is put into such every year but let it be credible and actually get to the target people, it’s commendable. Why not? Indeed, this is part of what I meant/mean by NBA should embark on only projects and policies calculated to have direct impacts on the professional lives of Nigerian lawyers. (See: Abdication Of Duty! How NBA Leaderships Chase After Shadows To The Detriment Of The Security, Welfare And Economic Advancement Of The Legal Profession And Its Members”: Thenigerialawyer: April 07, 2021). Again, this time from NBA’s Ordinary Members’ Room (NBA-OMR), “the other room”, to which I currently belong, I heartily commend the present NBA leadership and  all people currently in the NBA Leadership Living Room (NBA-LLR), for this particular job very well done, because as Warren Wiersbe said, “Truth without love is brutality, and love without truth is hypocrisy”.

It appears our relentless cries and wailing from the wildernesses are beginning to yield positive results. It appears NBA is now set for a peregrination from “mere pilot projects”, abdication-of-duty programs, audio actions, and white elephant policies, to an era of truly impactful projects (such as the present one, and the free NBA seal program) that accord with the spirit and intendment of section 3 of the NBA Constitution. Nke a bu nke anyi ooo! (this one na our own ooo!).  It appears this set of NBA leaders has some listening ear; I’ve not drawn conclusions, because my siddon-dey-look plus discreet research is still ongoing; let’s see how it goes.

However, please, note that much more still remains to be done for Nigerian lawyers to be able to say, we’re happy to be proud that we’ve a leadership that is for us, our concerns and our challenges. Accordingly, we’d continue to shout from the wilderness, follow from the deserts, ruminate from the conclaves, analyze from the cubicles, wail from the rooftops, commend from downtown, assess from the upcountry, watch from the countryside and write from the hinterlands (everywhere and anywhere), until NBA National leadership moves from good to better, and finally becomes the best. It’s then I will listen to my brother, Kunle Edun’s charge to “rest the matter”. On 22 March 2020, I wrote as follows:  _”Citizens’ right to sometimes take leaders to the cleaners by way of criticisms is a necessary part of constitutional democracy, such as ours in Nigeria is…. criticisms may not be agreeable, but they’re absolutely necessary. Criticism fulfills the same function as pain in the human body; it calls attention to seeming flaws and puts true leaders and organizations on their toes. Everyone mustn’t necessarily sing praises of organizations. Indirectly, criticism helps to make leaders and organizations better, and also helps the leaders to achieve more. Any leader organization that detests or rejects criticism is headed for the Golgotha. The problem with most leaders in developing and backward societies, in Africa  (Nigeria being chief among the worst culprits) is that most of our leaders would rather be ruined by praises than saved by criticism”. No wonder most critics are more often than not, treated as enemies of the propellers, architects and beneficiaries of the status quo. And then, sometimes, plots and plans (na true ooo), including landmines and drones, known and unknown, most of them petty, trifling and laughable, are hatched to track perceived critics down and shut them up to silence them for good. Chai!!

Dear public commentator, analysts and critics, e no easy oooo; but, don’t worry, just continue to speak out always but only as you ought reasonably to; unseen hands will protect you, as they usually do for me. One should never be afraid to raise one’s voice for honesty and truth and compassion against injustice and lying and greed. Indeed, if people all over the world could do this, it would change the earth. Besides, as Mahatma Gandhi said, “Truth never damages a cause that is just”. One major source of inspiration and encouragement is taken from Winston Churchill: “The truth is incontrovertible. Malice may attack it, ignorance may deride it, but in the end, there it is”. Truth is like the sun. You can shut it out for a time, but it ain’t goin’ away. Arthur Schopenhauer said, “All truth passes through three stages. First, it is ridiculed. Second, it is violently opposed. Third, it is accepted as being self-evident”.  Could this be why James A. Garfield said, “Truth will set you free, although first it will make you miserable”. The point therefore is to objectively discover the truth, and to vigorously pursue it not minding the obvious risks. Truth is not only violated by falsehood; it may be equally outraged by silence. It is best to refuse to compromise what you know to be right for anyone or anything. It is not because things are difficult that we do not dare, it is because we do not dare that they are difficult. Our lives begin to end the day we become silent about things that matter.

All in all, please let’s stay steadily and steadfastly stuck to Thomas Hardy’s counsel: “if an offense come out of the truth, better is it that the offense come than that the truth be concealed”. It is better to displease some people by doing what you know is right, than to temporarily please them by doing what you know is wrong.  “To know what is right and not to do it is the worst cowardice” (per Confucius).