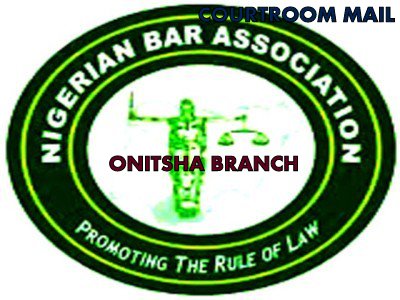 In an official communication dated the 27th of January 2018 obtained by Courtroom Mail,the Onitsha branch of the Nigerian Bar Association has released an official report on the incident which involved police brutality against a lawyer Chiamaka Nwangwu who went to do her job at the police station.

Chiamaka Nwangwu Esq. had written and posted on the internet, that on the said 23rd day of January 2018, she went to secure the bail of a client who was arrested at the behest of the landlord. Unfortunately when the D.P.O – Mrs. Jane Mbanefo arrived the police station, she ordered that the said Chiamaka Nwangwu Esq. should leave the station.The D.P.O with other junior officers in the said Police Station, then subsequently assaulted the said Chiamaka Nwangwu, damaging her glasses, tearing up her clothes and injuring her in the process. The D.P.O then ordered for her detention.

The Chairman then requested the said C.P Oguchienti Esq. to come and pick him up so they would get to the Police station together because his car had developed some fault on his way back.

While the duo were on the way to the Police Station, the Chairman got a call from the D.P.O of the said Police Station. Upon ascertaining her identity, the Chairman immediately requested the instant release of the said Chiamaka Nwangwu Esq. The Chairman told the said D.P.O in strong terms that she has acquired the notoriety of detaining lawyers and that the Bar will take a decisive action against her. While still on the phone, the said D.P.O pleaded with him to come over and hear her version of the incident.

Without conceding to the explanation, the Chairman in clear terms informed the DPO that her story is difficult to believe in the light of her antecedents, as regards her unethical attitude towards lawyers. The Chairman further stated that a sane mind cannot fight or slap the Police within the Police Station talk-less of harassing the D.P.O. He further reiterated that even if those stories were true, it still does not give her the right to detain a legal practitioner who came to the Police Station in discharge of her duty to her client. He restated his demand for her release.

When the Chairman became satisfied that his demands have gotten across to the DPO, he then asked C.P Oguchienti (Miss Nwangwu’s Principal) to drive him back to where his car was parked to retrieve his car as traffic has started building up heavily around that location at that point in time.

At the time the Chairman was leaving the station, the parents of Chiamaka Nwangwu were happily exchanging pleasantries with all those that came.

Other legal practitioners present at the scene (like C.P Oguchienti)corroborated the story of the Chairman.

The Onitsha Branch of the Nigeria Bar Association at its meeting on the 26th of January 2018, resolved to deal with the matter headlong and to ensure that such errant conduct from Police Men in and around Anambra State and beyond does not repeat itself. In dealing with the harassment of the said Chiamaka Nwangwu Esq., the Bar brought up several suggestions that will be embarked upon in dealing with the issue. They include:

a.Protests and Press Conferences to press for disciplinary actions

(including dismissal) against the errant D.P.O.

b.Petitions to Inspector General of Police, Commissioner of Police, Police

c.Criminal action for the alleged assault

A committee was immediately set up to fashion out the final strategies on how to get on with the suggestions. The above-mentioned suggestions made on the floor of the Bar, were referred to the committee for final decisions.

The members of the committee are:

The committee was asked to map out its strategy within a few days following which an emergency branch meeting will be convened to ratify its plan of action and to make same the final resolution of the Bar.