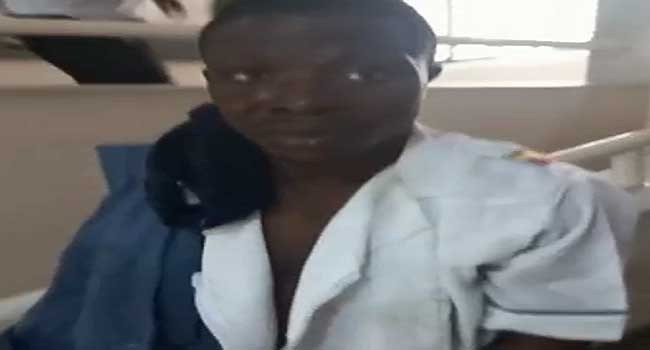 A video of him circulating showed the suspect being escorted out of the building by workers and a policeman.

One of the workers at the hospital said that the suspect gained entrance into the second floor of the health facility which occupies, maternity ward, pregnant mothers, and babies.

He said: “He came in and pounced on food and beverages for patients before he was noticed and arrested”.

Ajisebutu explained that the suspect was referred to the police hospital and has now been transferred to the psychiatric hospital, Yaba for further investigation.

He added that the parents of the suspect who lives in the Fadeyi area of Lagos have also been contacted and that they confirmed that the suspect is not in a stable mental state.

Ajisebutu concluded that investigation is on to ascertain the mental status of the suspect.