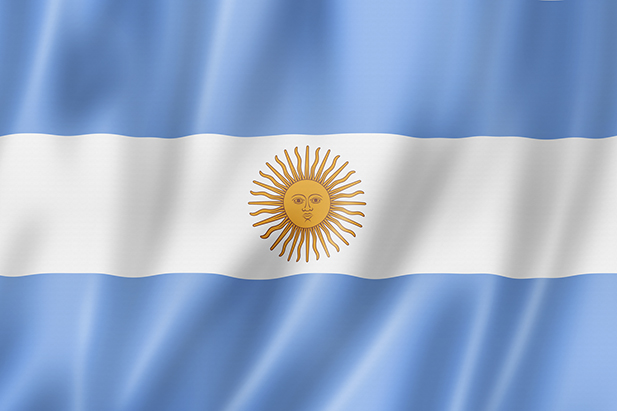 A campaign group with close ties to Poland’s ruling rightwing Law and Justice party has filed charges of defamation against a newspaper in Argentina, in the first case to be brought under controversial legislation criminalising any suggestion of Poland’s complicity in the Holocaust on its soil.

The Polish League Against Defamation (RDI) filed the motion in response to an article in Argentinian newspaper Página/12 published in December 2017 – before the new law existed – that accompanied a discussion about the massacre of Jews in the Polish village of Jedwabne in 1941 with a picture of anti-Communist Polish partisans.

The RDI argued that confusing the image of the partisans with the issue of Jedwabne amounted to a defamation of Poland.

The law, which went into force on 1 March, has provoked a storm of international criticism amid concerns that its provisions could restrict open discussion of Poland’s wartime history.

Página/12 said in a statement published over the weekend that it had not received official notification of the legal action, which it had learned about through the international media.

In response, it published testimonies from Argentinians of Jewish origin describing allegations of brutal mistreatment at the hands of their Polish neighbours. It has changed the photo of the partisans to that of a monument in Jedwabne vandalized with a drawing of a swastika.

“I want Poland to report me too, sue me, accuse me, and crucify me,” wrote Diana Wang, who left Poland for Argentina in 1948 and serves as president of Generations of the Shoah in Argentina, an organization representing Holocaust survivors and their descendants, in a testimony quoted on Página/12’s website.

Other Argentinian outlets have published the original article about Jedwabne en masse in solidarity with Página/12.

Argentina’s government also came out in support of Página/12. “No law can

Observers in Poland have noted that the RDI’s legal action is directed not at the claims contained in the text of the article about Jedwabne, but at its association with an image of anti-Communist resistance fighters.

A wide range of fighters resisted Soviet domination of Poland during and after the second world war, some of whom were members of radical far-right organisations and faced accusations of participating in ethnic cleansing.

Critics accuse the government of adopting an uncritical attitude towards the partisans as part of an attempt to build bridges with the far right.

There has been confusion as to how the new law will be enforced, especially against foreign outlets, but Poland’s deputy justice minister Michal Wojcik expressed his hope to private radio station Zet that the Página/12 case would go to court. “If the court decides the complaint is admissible – and it should do so – then there will be a court case.”

The law remains a source of controversy in Poland, with Jewish groups warning of a rise in expressions of anti-Semitic sentiment and ruling party politicians lashing out at an internationally co-ordinated campaign to defame the Polish nation.

In February the leader of the Polish senate, Law and Justice senator Stanislaw Karczewski, wrote an open letter calling on Poles abroad to notify diplomats of instances of anti-Polish