The New Legal year in Lagos began officially today with prayers at the CMS Marina and Central Mosque,Nnamdi Azikiwe str. The Catholic Mass was held yesterday at the Cathedral in Catholic Mission road Lagos to herald the new legal year.

Martin Ogunleye,the Chairman of Nigerian Bar Association ,Lagos led his members to the church services on 25th and 26th of September. 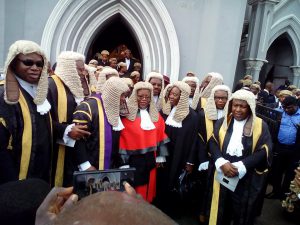 The Governor of Lagos state,Akin Ambode attended the church service in Marina and pledged a continued support to the Judiciary. 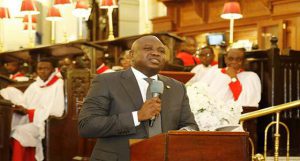 The events of the legal week are expected to run throughout the week.