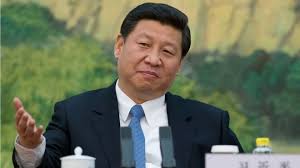 Beijing “does not accept and does not recognize” the ruling by a UN-backed tribunal on its dispute with the Philippines over the South China Sea, the foreign ministry said.

The declaration in a statement on its website followed a ruling by the Permanent Court of Arbitration in the Hague that China has no historic rights to its claimed “nine-dash line.”

“The award is null and void and has no binding force,” the ministry said. “China neither accepts nor recognizes it.”

Beijing “does not accept any means of third party dispute settlement or any solution imposed on China,” it added, reiterating its long-standing position on the dispute.

China has repeatedly denied the tribunal’s authority to rule on the dispute with the Philippines over the strategically vital region, claiming that the court’s actions are illegal and biased against it.

Beijing refused the opportunity to defend its position before the body.

“China’s territorial sovereignty and maritime rights and interests in the South China Sea shall under no circumstances be affected by those awards,” the statement said, adding that “China opposes and will never accept any claim or action based on those awards.”