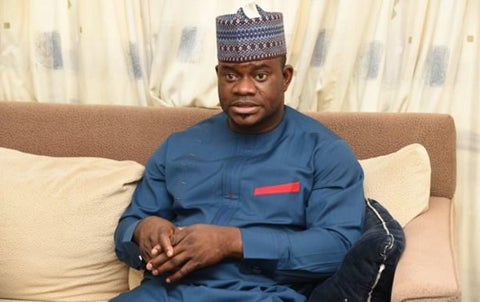 PDP alleged that Bello was inciting violence and terrorism in the country, hence should be placed on watchlist.

Debo Ologunagba, the spokesperson of PDP, was reacting to a video of the governor urging his supporters to burn down and unleash mayhem on those against the All Progressives Congress, APC, during the 2023.

A statement by Ologunagba said: “In the video, Governor Bello was heard issuing terrorism threats, saying: ‘I will personally light a fierce fire in my hand, whoever wants it, we shall use it to burn them, whoever survives it, will thank God… Whoever is against us we will make him or her join my mother and lie with her (my mother) in the grave.”

“PDP calls on President Muhammadu Buhari to immediately call Governor Bello to order and place him and his supporters on a security watchlist as threat to democracy ahead of the 2023 general elections.”

Ologunagba said Bello had proven critics right that he armed thugs, as well as fake security operatives during the 2019 general elections.

He also urged the Inspector General of Police to commence an investigation into the governor’s action.

“Our party also charges the Inspector General of Police to immediately commence a comprehensive investigation into the activities of Governor Yahaya Bello with a view to nipping this ugly trend in the bud, as well as prosecuting him at the end of his tenure as Governor of Kogi State, ” he added.