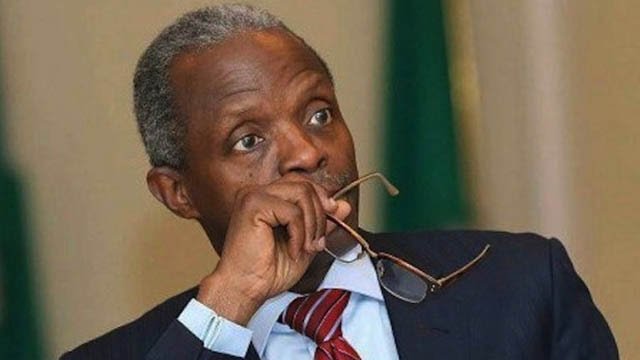 Vice President Yemi Osinbajo has called for the cooperation of the United Kingdom, European Union, other international communities, and regional bodies to concretise the efforts against unconstitutional changes of government and deter coup plotters in Africa.

He said this on Monday when he received the United Kingdom’s Minister for Africa, Vicky Ford, and British High Commissioner to Nigeria, Catriona Laing at the Presidential Villa.

“There is a lot of attention being paid to coups d’etat going on, especially in the West African sub-region, I think it is important that we take a closer look at how to prevent and deter coups d’etat and adventurers of various kinds who want to take over governments by force,” he was quoted to have said in a statement signed on Tuesday by his media aide Laolu Akande.

“One of the critical things which have been discussed at various ECOWAS meetings is how to cooperate with the rest of the world, bodies such as the UN, EU and some of the Development Finance Institutions to give our sanctions more teeth,” Osinbajo added.

The Vice-President said further that if there is some cooperation at the multilateral level, “we might be able to deter some of these coups. I think that it is an issue that we should engage even more on because it is troubling that one after the other, countries are experiencing coups detat.”

Speaking on the government’s efforts in the area of energy transition and economic development, the Vice President restated Nigeria’s commitment to the post COP26 agenda while calling on the wealthier countries in the international community to fulfill their obligation, especially in funding gas as a transition fuel.

He commended the United Kingdom’s acknowledgment of Nigeria’s Economic Sustainability Plan, among other efforts to ensure growth in the economy and foster prosperity among the people.

Earlier in her remarks, the UK Minister for Africa, Ford, recalled the cordial relationship that exists between Nigeria and the UK, noting the need for improved collaboration in the areas of trade and investment, and green energy, among others.

She commended the excellent job done by the Buhari Administration with the Economic Sustainability Plan which has ensured a positive growth trajectory of the economy.