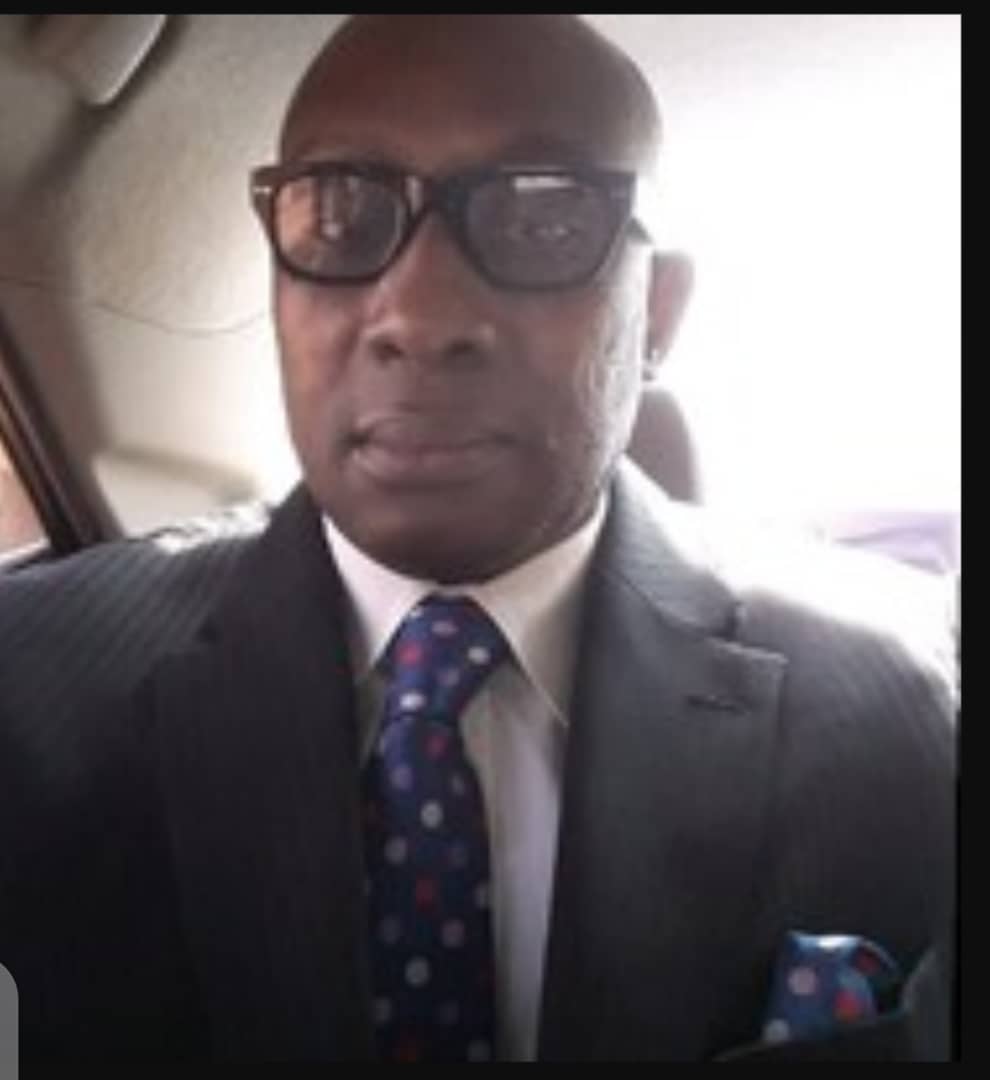 MEMORY VERSE:
“When we reject people only because they’re different, or because they think differently, we deny them the respect they deserve as human beings and at the same time make a statement about our own ugly character”.

“I May Disapprove of What You Say, But I Will Defend to the Death, Your Right to Say It”. The declaration above has at different times been attributed to Voltaire, to François-Marie Arouet, to S. G. Tallentyre, to Evelyn Beatrice Hall, and to Ignazio Silone. Even Douglas Young and Norbert Gutermanare said to have used the expression at some point. The fact that the quotation is attributed to many great philosophers is an indication of the pride of place the wisdom in the declaration occupies in human relations. But there is no country where this statement of advice/caution is more urgently needed, to bring people to the path of sanity, than, I think, in Nigeria, a country where almost everyone sees everyone else opposed to one’s views as an enemy. Constrictive dissent is thus suppressed, useful opposition oppressed, healthy contrariety repressed, and harmless contraposition severely silenced. I can recall vividly how, on a certain occasion, I was cautioned that a particular senior colleague was like the “Supreme Court” to me, while I was like a “Magistrates’ Court” to the affected senior, the implication being (the warning continued) that I should never dare to hold or express an opinion seemingly in contradistinction to any already held or expressed (whether rightly or wrongly) by this particular senior. Such sorry story is nearly similar in almost all aspects and spheres of life in Nigeria. Yet, in my humble view, such a situation is inimical to smooth and healthy coexistence, genuine progress and prosperity; no country has ever made progress with majority of its people operating within such a myopic, bullish, childish, old-fashioned and one-sided mentality. And this is one area Mr. Polycarp Chibueze Okorie stands out as an exceptionally impressive phenomenon.

A Law Teacher, Director (Academics) at the Council of Legal Education (Nigerian Law School), a former Special Assistant to the Attorney-General of the Federation of Nigeria, a former Commissioner in the Nigerian Law Reform Commission, and many more, Mr. P.C. Okorie is a grand teacher of great teachers, and a prominent member of Legal Practice Discourse (LPD). But he’s most humble and amiable. An extraordinary mentor; highly placed in status, and yet down-to-earth in disposition and relationship with fellow human beings and colleagues, especially juniors and younger ones. In his exceptional unassuming disposition, I have seen a perfect illustration of how ”feeling small can make one be so big”. I’ve seen in him, one who, like Dwight D. Eisenhower, never confuses or mistakes honest dissent with/for disloyal subversion. On the day next after his admission into the membership of the LPD (Legal Practice Discourse), I had felt an urge to do a rejoinder to his maiden LPD-comment, but couldn’t immediately go ahead as I was held back by a cautionary question: Would he permit dissent under these circumstances, considering what he’s to me? Is he like the typical Nigerian who wouldn’t tolerate dissent or permit opposition? A difficult question that had thrown me into some momentary dilemma. But then, happily, a quick answer came in the words of Natan Sharansky: “The answer to that question will [depend on and] determine whether the society is a FREE society or a FEAR society”. I was further encouraged by two other declarations, the first being from Natan Sharansky who once announced that “Free societies are societies in which the right of dissent is protected”, and the second being Howard Zinn’s: “Dissent is the highest form of patriotism”. I struck and the conversation went on smoothly, as if it was a discussion between two equals.

Since then, I have felt myself free, as in a free society, and, quite unlike as seen in this ingenuity-abhorring, initiative-killing, discussion-hating and dissent-stifling society (Nigeria), he has never failed to agree with my right to reply and to also (when thought needful) to resort to dissent. In truth,
thenceforth, each time I find myself in any discussion with him, I usually feel myself hearing him say (silently and encouragingly to me), in the words of Franois-Marie Arouet Voltaire (1694 1778), Udems, ”I may not agree with what you say, but I will defend to the death your right to say it”.

P.C Okorie is a great champion of preservation of traditional democratic norms and values, some of which were earlier found in Thomas Jefferson’s words: “never consider difference of opinion.. as cause for withdrawing from a friend…. a government of the people requires difference of opinion in order to discover truth and to take advantage of the opportunity that only understanding brings….Difference of opinion leads to inquiry, and inquiry to the truth”. Wide differences of opinions must exist if conscience and intellect alike are not to be stunted, if there is to be room for healthy growth. It were not best that we should all think alike. Bedsides, differences of opinion are opportunities for learning; they leave our horizons brighter and more serene; also leads to enquiry which enquiry in turn leads to truth.

I should take this discussion further, but I think the anniversary of his birth is a most opportune time for such, because he’s a shining example for all to see and learn from, that there can be differences of opinion without there being personal differences.

In the meantime, while switching off my mic 🎤 🎙 , may I respectfully advise all our other colleagues (including udems) with the words Dallin H. Oaks: ”All of us should banish hateful communications and practice civility for differences of opinion”. Let us all, like writer Naomi Wolf, be and remain “big believers in robust debate and difference of opinion”. Let none ever think, in discussions, that we/he/she/they are in a quarrel with anybody. We may have a difference of opinion, but we should not allow such to grow into a problem that stands in the way of reconstructing the country and regaining the democratic path. There should be
differences of opinion in just about every intelligent analysis that you make. The book, All For Acceptance provides further insight. Its author, Abhijit Naskar has this to say: “It’s okay to disagree with each other, what’s not okay is to hate each other because we disagree”.

Difference of opinion is not a difference in/of principle. It’s not differences, but indifference, that makes a society fall. Be Yourself enough to have an opinion; Wise enough to recognize a difference of opinion; and Mature enough to find a way for continued peaceful co-existence. Hear this Counsel from a fellow Nigerian, Michael Bassey Johnson: “If someone can’t see from your perspective, don’t bend their neck”. Men are different and think differently as their faces and minds are different, unlike sheep that are all alike and alike in reasoning and thinking. The Christian Holy book has directed that, in cases of dissent or difference of opinions, we should “welcome him, but not to quarrel over opinions” (Romans 14:1). Do nothing from rivalry or conceit, but in humility count others more significant than yourselves. Let each of you look not only to his own interests, but also to the interests of others (Philippians 2:3-4).

Among lawyers, it appears widely accepted that it is part of our business to argue, to discuss and to disagree. Joyce Carol Oates wrote that ”a lawyer is basically a mouth, like a shark is a mouth attached to a long gut. The business of lawyers is to talk, to interrupt one another and to devour [one another] if possible”. This notwithstanding, lawyers as learned shining examples, ought to learn to talk, discuss, argue and disagree with respect, welcoming and tolerating one another, happily. Everything then boils down to the words of a renown US journalist and writer, Don Lemon, which is hereby recommended as a guide: “if I have my opinion about something, you have your opinion about something, we don’t have to fight over it. And we can have a conversation. We can also disagree without being disagreeable, and we can just disagree, which is fine. It doesn’t mean that I don’t like you, or you don’t like me. We just disagree”.

In conclusion, I refer to my December 18, 2018 commentary under the title, On the Irresponsibility of Replying Critics & Divergent Opinions with Insults & Mudslinging (published on theNigerianvoice.com): “..one does not win any argument by intimidation and coercion. Nothing else is achieved by shouting down and consequently silencing one’s opponent, except making one’s position worse. Because the opponent’s views remain his views, still unchanged, and would continue to reside within him. If you really wish him to change his views about things and begin to see things your own way, you ought to achieve this only by advancing credible, stronger and more convincing argument based on valid, verifiable and logical premises. In this way, if he agrees with you, you have won him; he is then on your side. This is the way to argue!

Further, how do we expect to learn and add to our reservoir of knowledge and wisdom if we are fed with only one side of every arguments with no opportunity of having access to the other side of the coin? Impossible, because we would then remain stagnant…that’s a major problem in Nigeria, our country. When we reject people only because they’re different, or because they think differently, we deny them the respect they deserve as human beings and at the same time make a statement about our own ugly character…. We all need not hold the same or similar opinions on all issues. Yet, holding different opinions does not make us different or divided. We would remain together and progressing together if we learn to accept, respect and live with our differences and difference of opinions. ‘Give others freedom to be themselves; appreciate the differences between their ways and yours, and you’d be wiser and greater (Jennifer Chen). To suppress free speech is tantamount to committing a double wrong: it violates the rights of the hearer as well as those of the speaker. No man can put a chain about the ankle of his own fellow man without in the end finding the other end of the chain fastened about and around his own neck (Frederick Douglass).”

Thank you, Mr Chibueze Okorie, for showing us the good and healthy way to argue and discuss. May we never depart from your shining example. And as you’ve recognized that God is opposed to the proud, but gives grace to the humble (James 4:6b), may these divine prophecies shine and come true upon you, as rewards: “whoever humbles himself shall be exalted” (Matt 23:12); “the reward of humility and the fear of the Lord Are riches, honor and life”(Prov. 22:4). Much
obliged sir.