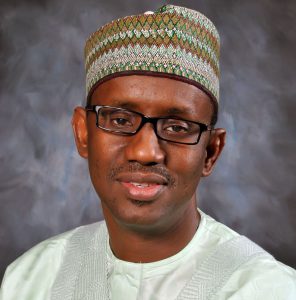 Eleven years after arresting a former Inspector-General of Police over corruption, the founding Chairman of the Economic and Financial Crimes Commission, Nuhu Ribadu, has given a glimpse of how he felt taking his boss into custody. Ribadu, who spoke at the 2016 Annual Lecture of Radio Nigeria in Abuja, said there was nothing wrong with the raid carried out in the homes of suspected corrupt judges by security agencies early this month. Ribadu The former chairman drew the attention of Nigerians that it is when corruption is being fought that those who are uncomfortable with it would raise complaints and attacks on the agencies and asked for their support and understanding for the current leadership. He said that he even had to arrest his former boss, an Inspector General of Police for that matter, accused of stealing over N10 billion of public funds and did not blink. He said, “We have passed the same road before. As at the time we started taking up some state governments, some of the governors felt we were overreaching ourselves. They ganged up to stop us but we persevered. Some of them even went to court but today that has been accepted as normal. “It was similar with the case of the National Assembly, when we went after the then Senate President. Another example is our taking up of the Inspector General of Police. Here was I and my colleagues, middle level and junior police officers taking on the IG. It was unimaginable! The day that arrest was made it was like the sky would fall. But it came to pass. “It is similar situation we are having today. However, even if we disagree with the method, we have to appreciate the fact that what is being done is needed. “The Judiciary should understand this and cooperate fully. We have to have this all-out war against corruption without sparing any sacred cow. “If there is one area we need national consensus now, it is in supporting this effort to tackle corruption. As most of you know, I belong to the Law profession and I therefore share the concern of some of my colleagues. However, we should all resolve to support the government and those doing the work to get us through this phase. “Though there is consensus about the need to stop corruption, it is usually in fighting it those disagreements usually arise. With fighting corruption often comes ripples and discomfort as we have seen recently with the probes in the judiciary. It is normal. But we have to withstand the pressure and move on. The former anti-graft official, who laid the framework for the EFCC operation in Nigeria, said that no method was too much in the effort to tackle corruption and appealed to Nigerians to back the effort so as to save the country from collapse. Ribadu likened corruption to a termite that capable of destroying our economic structure, no matter how well built, pointing out that almost everything wrong with our politics and economy can be traced to the menace of corruption. “This is why we have to fight it (corruption). We fight corruption because it is our money, our commonwealth that being is misappropriated and stolen by the people we entrust with the leadership and management of our system. “We also fight corruption because it increases the cost of doing business in our country. Corruption deprives the poor of prosperity and perpetuates poverty in that when the poor person has to pay for services that should otherwise be free, and he does not have the money; that excludes him from accessing a number of things-education, healthcare or even food. “We equally fight corruption because it destroys public trust and undermines the rule of law and the state itself. “Fighting corruption therefore is key to the survival and progress of our economy. When we fight corruption with the seriousness and sincerity it deserves, we safeguard our local economy and our country. “I pray that we would have a fruitful conversation that will help us and those in the mantle of leadership, for the overall interest of our country.”