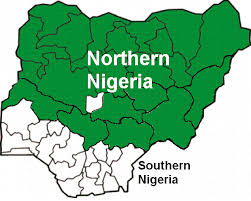 Northern elders and youths have cautioned the Yoruba, their South East and South South neighbours over their clamour for the country’s restructuring, as well as return to the 1963 constitution.

The two groups, which vehemently opposed the recent resolution of the Yoruba at a summit tagged, “Restructuring: The Yoruba Agenda 2017,” alleged that sustained agitation for restructuring would, in the final analysis, not augur well for the growth and development of the nation.

Secretary General, Arewa Consultative Forum (ACF) Anthony Sani, told The Guardian, yesterday, that calls for restructuring by the coalition of Yoruba groups, and those from South East and South South, as well as the return to 1960 and 1963 constitution were “puzzling.”

Arewa youths’ position was made known by President of the Arewa Youths for Progress and Development (AYPD), Comrade Danjuma Sarki, who said though “the constitution we are currently operating was hurriedly put together by the military in order for them to hand over power to civilians,” there were better ways to improve on it.

Sani said the calls were “puzzling in the sense that these are people, who profess to be jaunty face of democratic values, and who are expected to know how democracy works. I would not be tired of saying that while there are national consensus on problems of a nation, there are no similar national consensus on solutions to these problems. Hence the significance of multi-party democracy, which allows each political party to present a distinct method of solution as contained in the party’s manifesto, which it used

to canvass for electoral mandate.”

Sani argued that, “for the Yoruba to now call for restructuring of the country on the basis of the 1963 constitution, gives an impression that they do not know how to make their desires possible in a multi-party democracy.”

He maintained that, however good and laudable restructuring of the country may be, it has to be decided by Nigerians through a democratic process; no few people can make that decision on behalf of Nigerians.

“I am not sure if their restructuring is the panacea for the national malaise we are in. I say this because Nigeria practiced the confederate arrangement as symbolised by regionalism and parliamentary systems of government during the First Republic. These were abolished and supplanted by a unitary system by General Aguyi Ironsi, who felt the centre under confederation was too weak to keep the nation under one roof.”

The ACF scribe added that, “the North and the West, under Chief Awolowo decided to create a federation of 12 states, which was a compromise between confederation and the unitary system,” noting that “since then, the states multiplied to 19, 30 and now 36, while we practice presidential system of government.”

Sani, who said some of those clamouring for the rejection of the 1999 constitution that is a clone of that of 1979 participated in its making, queried how the Federal Government under 1999 constitution, prevents state governments from living to their potential?

He said: “Lagos is developing today under the 1999 constitution, and nobody has stopped them from deploying what they collect from the federation account and internally generated revenue for development at their own pace. Is the Coalition of Yoruba groups claiming state governments misapply their own allocations because the sources are not from the states? This does not make sense. And can we honestly say the 52 per cent for the centre is truly too much in a country with many centres of centrifugal forces capable of putting it asunder? As far as I am concerned, there is nothing like true federalism that is universally accepted. That is why there are no two federal systems that are the same. Each federal system depends on the circumstance of its emergence…”

On how the nation can best be restructured under the present reality, the ACF Secretary General remarked: “as it is right now, the term restructuring means different things to different people. As a result, it is hard to take a position in a situation like that. And in order for Nigerians to make their informed judgment on restructuring, let political parties that wish to restructure the country include it in its manifestoes and canvass for electoral mandate needed for their implementation. I am sure when political parties campaign for their preferred model of restructuring the country, they would help to enlighten the public more about restructuring and make informed decisions during elections. That is how democracy works. It is not for the few people to meet and try to bulldoze the government into taking decisions in favour of far-reaching reforms of the polity. That course of action would not only be undemocratic, but also morally preposterous. This is more so because the current regime did not include specific type of restructuring in its manifesto.”

Sarki, the AYPD helmsman said: “To be realistic, going back to the 1963 constitution is not tenable,” adding that the country should rather review the 1963 to 1999 constitutions. If we look at issues that will promote the unity of Nigeria and propel growth in the country, that will bring everybody together and also promote the principle of inclusion.

“But, if you say that we should go back to 1963, that will be something that will be difficult to sustain. Just like the National Assembly is on the verge of amending the constitution, we can look at areas we think should be amended and make the necessary recommendations.

“The National Assembly should also take into consideration, positions that those, who elected them want. They should ensure that the interests of all regions are covered. Something that would bring about fairness, justice, equity and acceptability of the union called Nigeria. This is because most of the agitations for restructuring are borne out of the feelings of unfairness by people. We want to advise that those who are agitating for a return to the 1963 constitution should soft pedal so that we can move forward,” Sarki said.

For the Association of Middle Belt Ethnic Nationalities (ASMBEN), that the 1963 Republican Constitution was the ideal grundnorm for the country is not a novel development, what is novel, the group said is the urgency to return to it.

According to its interim chairman, Sule Kwasau, “Nigeria is hanging on a precipice and has never been divided on ethnic and religious lines as it is now. The 1999 constitution is fraught with so many anomalies, lies. The 1999 constitution is a military constitution and in making it, the powers that be were substantially from a section of the country and so the opinions of other sections of the country were never captured, as they had no representatives in the military leadership then.

He continued: “The provisions contained therein cannot bring about even development. Again, the presidential system is very expensive, unlike the 1963 constitution, which recognises regions as federating units, with powers to do most of what is contained in the exclusive legislative list under the 1999 constitution.

The 1963 constitution also guarantees true federalism by providing for principles of derivation, which is 50 per cent for oil producing regions. It also encourages healthy competition among the diverse regions.”

Kwasau said his group, however, prefers the implementation of 2014 National Conference Report, “but if that is not possible, then a brand new constitution should be brought into existence.

“This is important because the constitutionally unrecognised six political zones of the federating units will short-change the Middle Belters because we were arbitrarily lumped with people we do not share the same culture with, eg, Southern Kaduna, Southern Kebbi, Southern Borno etc., who naturally belong to the Middle Belt. The other solution will be to create additional regions in the North to address our fears,” he said.

Meanwhile, contrary to the position of ACF, elder statesman, Tanko Yakasai, has thrown his weight behind the call for a return of the 1963 constitution.

In an exclusive interview with The Guardian, Yakasai, however, faulted the Ibadan meeting of the Yoruba, who called for the return of the same constitution on the premise that, the meeting failed to even understand that the 1963 constitution had only four regions not six as enunciated by the document that emanated from the meeting.

“I am speaking not on behalf of anybody, but on behalf of my humble self. As I am speaking with you now, I am 100 per cent in support of the return to the 1963 constitution. We had East, Mid-West, West and Northern regions only under that constitution. Not six regions as included in the document that was passed at Ibadan meeting,” challenged Yakasai.”

He added that none of those, who attended the meeting had any mandate from his people to go and take a position on those issues that were discussed at the meeting.

“Do you know that Yoruba traditional rulers and religious leaders were not part of the organisers of that meeting?  So, in that scenario how can you now come and say this position is that of the Yoruba race?  It doesn’t work like this,” he said.

The presence of thugs at the meeting, Yakasai said was an indicator that the document that was produced from the meeting was “completely faulty and pre-arranged.”

On the communiqué, the elder statesman said: “You cannot raise a communique from that meeting the way it was raised. Hundreds of people cannot, in any way, reach a resolution. Mind you, a resolution is a summation of the discussions that took place during a meeting.

“When a resolution is reached, it is then that you give the resolution to a communiqué committee to come up with a communiqué. But in case of the Ibadan meeting, there was nothing like that. And because of the presence of hired thugs, nobody could raise an eyebrow there,” Yakasai alleged.