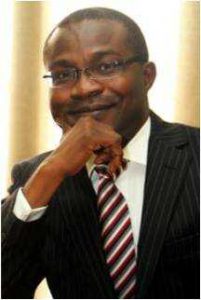 The National Judicial Council has exonerated Justice Nnamdi Dimgba of the Federal High Court of bribery allegation levelled against him by the Department of State Services, The PUNCH has learnt.

It was learnt that the NJC took the decision to dismiss the DSS petition at its two-day meeting held on February 22 and 23.

A source, who is familiar with the case, said that after a period of trial, the petition was dismissed for lacking in merit.

The source said, “There was a trial following the petition by the DSS. The DSS sent their officials to the NJC during the trial but could not substantiate any of the allegations levelled against the judge. All the allegations were found to be unfounded.

“The NJC had to commend the judge for his courageous decisions in the case in which the DSS had alleged that he was compromised.

“He will get his letter from the NJC exonerating him this week.”

Dimgba was one of the judges, whose residences were raided by the operatives of the DSS on various allegations of corruption between October 7 and 8, 2016.

But while others were arrested and taken to custody, Dimgba was not.

Two of out the seven retired and serving judges arrested by the DSS are currently being prosecuted by the Federal Government.

Dimgba was accused by the DSS of granting bail to a defendant, Air Commodore Umar Mohammed (retd.), based on “financial consideration”.

The defendant, Mohammed, was removed as a member of the presidential committee investigating the procurement of arms and equipment in the Armed Forces after he was arrested by the DSS on corruption allegations last year.

He was later arraigned for money laundering charges, among other charges, before Justice Dimgba in July 2016.

Justice Dimgba granted bail to the defendant on July 22, 2016.

The agency alleged in its petition to the NJC that one Justice Gafai led some friends of Mohammed to Justice Dimgba’s house on July 25, 2015.

It alleged that the Justice Gafai-led team gave money to Justice Dimgba during the July 25, 2016 visit.

But it was learnt that the NJC found out during trial that Justice Dimgba was in India for medical check-up as of July 25, 2016, when the said Gafai and some people allegedly visited the Federal High Court judge’s house in Abuja.

A source added, “Findings by the NJC also showed that the DSS could not establish the existence of any person called Justice Gafai.

“The DSS had also alleged that part of the deal Justice Dimgba reached with Mohammed was to order that the DSS should release the defendant to prison custody. But the NJC’s findings also showed that it was the prosecutor who requested for Mohammed to be remanded in prison.”

Mohammed was arraigned before Justice Dimgba during last year’s annual vacation of the Federal High Court.

After the end of the vacation, the case was transferred to Justice John Tsoho, who is currently handling the case.

The DSS had, in what it called a sting operation, arrested Justices Sylvester Ngwuta and Inyang Okoro, both of the Supreme Court; a former Presiding Justice of the Court of Appeal, Ilorin Division, Justice Mohammed Tsamiya, who was compulsorily retired by the NJC; Justice Kabiru Auta of the Kano State High Court and Justice Adeniyi Ademola of the Federal High Court, Abuja.

Others arrested were a former Chief Judge of Enugu State, Justice I. A. Umezulike, who was compulsorily retired and Muazu Pindiga of the Federal High Court, Gombe Division.