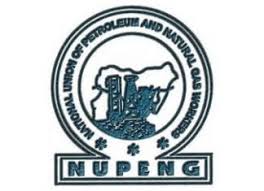 THERE are strong indications that the gale of industrial unrest in the country may worsen on Friday as affiliates of United Labour Congress of Nigeria, ULC, including Nigeria Union of Petroleum and Natural Gas Workers, NUPENG, and National Union of Electricity Employees, NUEE, are set for a nationwide strike. Among other affiliates of ULC that may down tools are National Association of Aircraft Pilots and Engineers, NAAPE; National Union of Banks, Insurance and Financial Employees, NUBIFIE; Nigeria Union of Mine Workers, National Association of Aviation Professionals, Steel and Engineering Workers Union of Nigeria; Iron and Steel Senior Staff Association of Nigeria; Nigeria Union of Railway Workers; Private Telecommunications, Senior Staff Association of Nigeria, Nigeria Union of Shop and Distributive Employees. ULC in a statement, yesterday, in Lagos by its General Secretary, Didi Adodo, gave the hint, noting that the Federal Government was yet to address the concern of its members,  following a 14-day ultimatum issued to the Federal Government through its Central Working Committee, CWC, which expired Friday, September 8, 2017. He noted that in line with due process and in keeping with industrial relations’ best practices and traditions, ULC, had issued a final seven-day strike notice to the Federal Government to address its demands or face nationwide strike. According to Adodo, the seven days notice which was contained in a letter addressed to the Minister of Labour and Employment, Senator Chris Ngige, would expire Friday, September 15, warning that after that it will lead to a nationwide strike without further notice. The group lamented that the official response it received from the Federal Government on the matter, vide a letter from the Federal Ministry of Labour and Employment, fell grossly short of addressing the issues raised, which warranted an ultimatum in the first instance. ULC said mobilisation for the strike nationwide had begun, adding that state councils and affiliates were on red alert to ensure that if the Federal Government remained unyielding to members’ demands, they shall be compelled to embark on strike across the country. Our demands According to the statement, “once again, we reiterate these demands as follows:  That  Federal Government bans the stationing of the Army and Police in our workplaces and factory premises. ‘’This will stop employers who are now colluding with the Army and other security agencies from setting up their men in our factories for the purposes of intimidating and harassing workers in order to deny them their rights and privileges. “The Army and the Police should immediately withdraw their men in the different workplaces where they are currently stationed. “That the government should demand that the Federal Ministry of Labour sets up a task force immediately to carry out factory inspections as most of our factories are death traps. “An immediate review of the privatisation of the Power Holding Company of Nigeria, PHCN, to save Nigerians the agony of suffering under the suffocating darkness which the GENCOs and DISCOs have foisted on the nation among other demands.” Efforts to reach the Minister of Labour and Employment, Senator Chris Ngige, last night on the impending strike by ULC proved futile, as several calls pulled through his mobile phone were not replied. Also, text messages sent to his phone were not acknowledged.