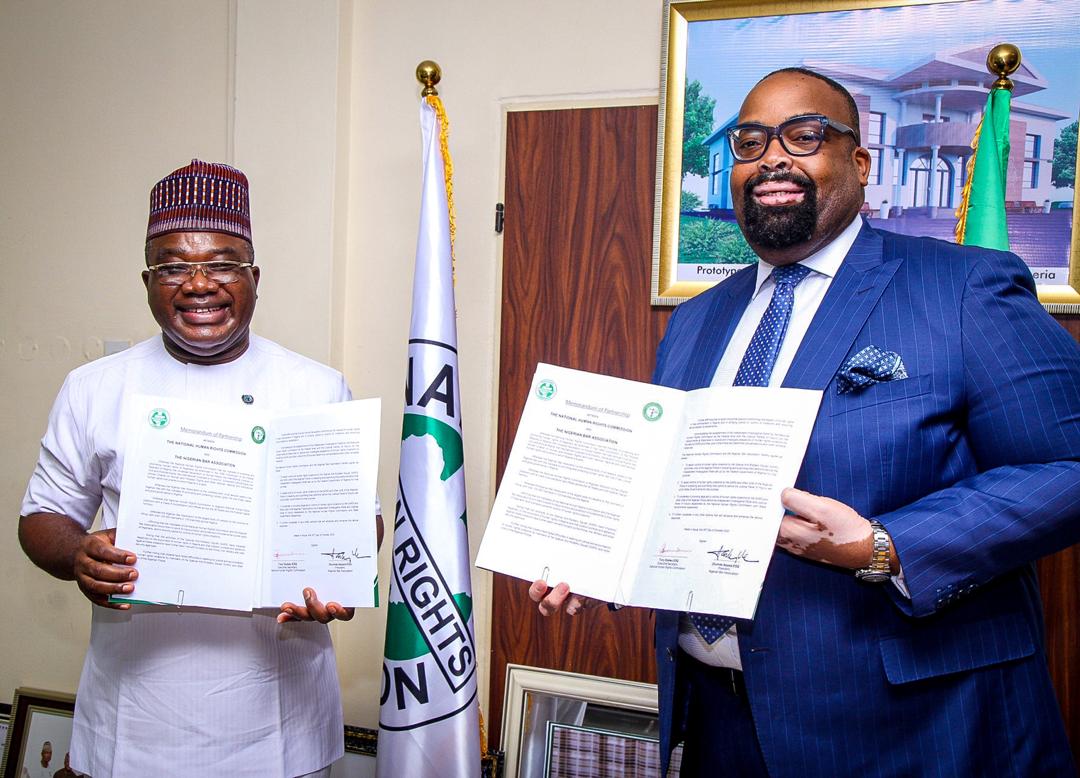 In line with its motto of Promoting the Rule of Law and respect for the Fundamental Rights of citizens, the Nigerian Bar Association (NBA), and the National Human Rights Commission (NHRC), signed a Memorandum of Partnership (MOP) on Friday, 30th October, 2020.

The MOP was executed by the President of the NBA, Mr. Olumide Akpata and the Executive Secretary of the NHRC, Mr. Tony Ojukwu detailing areas of collaboration between the two flagship human rights organizations which includes:

1.Assisting victims of human rights violations by the now disbanded Special Anti-Robbery Squad (SARS) and other units of the Nigerian Police in preparing and submitting their petitions before the Independent Investigative Panel set up by the Federal Government of Nigeria (FGN), and the Judicial Panel of Inquiry set up by State Governments for that purpose;

After the execution of the memorandum, the Executive Secretary of the NHRC, Mr. Tony Ojukwu, thanked the President of the NBA, Olumide Akpata, for the initiative and commended his doggedness and commitment to issues of rights abuse in the country by state actors.

The President lauded the NHRC Boss for his giant strides in the human rights community and informed him of the readiness of the NBA to act as Amicus Curiae in the various investigative panels nationwide. He further stated that the NBA has already started this process in the Lagos panel and is perfecting plans to replicate same in other panels.

Pictures from the event