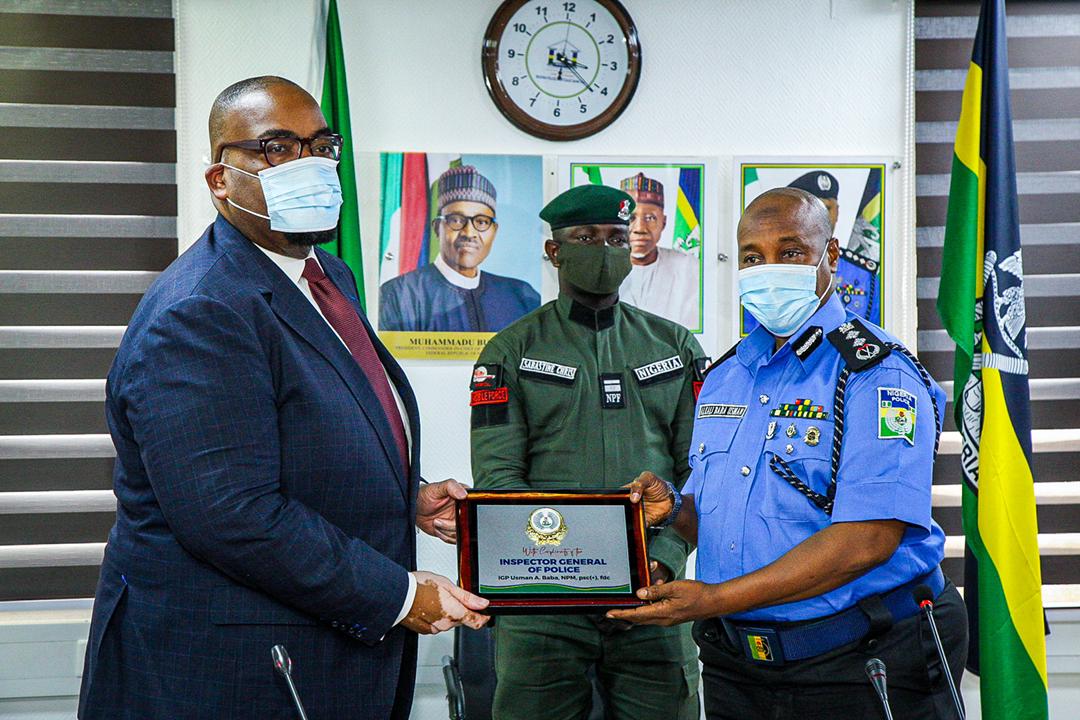 Against the backdrop of the endemic case of police assault and harassment of legal practitioners interfacing with the Nigerian Police Force on behalf of their Clients, the President of the Nigerian Bar Association- Mr. Olumide Akpata alongside other Executive members of the NBA paid a courtesy visit on the Inspector General of Police- Usman Alkali Baba, at the Force Headquarters Abuja, on the 4th day of August 2021.

The high-powered delegation was received by the IGP alongside Senior Management Team of the Nigerian Police.

During the course of the engagement, the President of the NBA articulated the grievances of the Association while bemoaning the acrimonious relationship between Officers of the Nigerian Police Force and Lawyers, which has reached crescendo in recent months.

The President underscored the fact that the Police and Lawyers are indispensable partners in the Administration of Criminal Justice in Nigeria, and as such, must see themselves as Partners in progress as against the current state of affairs.

In response, the IGP reassured the President of the NBA of his commitment to work with the NBA on the issues raised during the visit, and urged the NBA to do more in promoting the interest of the Nigerian Police and its officers as it does for other citizens.

The highlight of the meeting was the agreement to set up a Police/Lawyers Relations Committee, which shall comprise of members from the IGP Team and the NBA to look into ways of improving and restoring amicable relationship between officers of the Nigeria Police and Lawyers across the Federation.

Images from the event