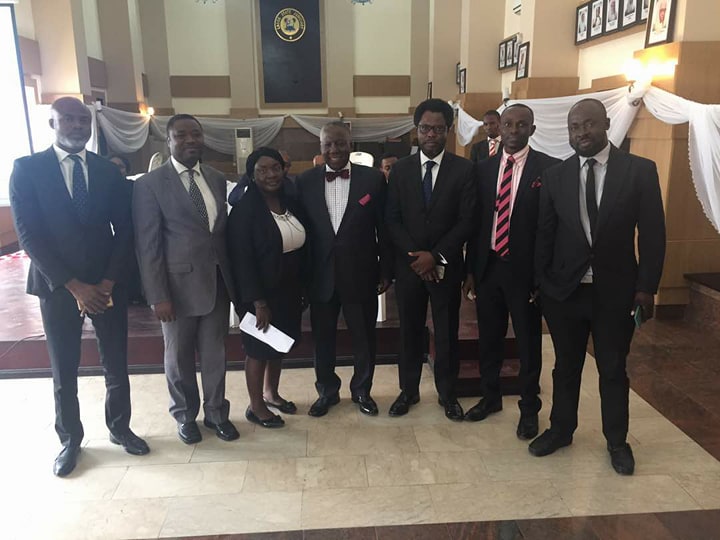 The Nigerian Bar association Lagos branch held an emergency meeting today to review the recommendations of the constitution amendment committee set up by the branch and chaired by Zik Obi .

The branch unanimously agreed to support the branches of the NBA as presently constituted as against constituting NBA branches on basis of States.

The Committee recommended that for the a candidate to contest the positions of 1st Assistant Secretary, 2nd Assistant secretary, Assistant Financial secretary and assistant Publicity secretary, the candidate should be at least be 8 years post call.

On the reason that informed that decision as enquired by Moyo Onigbanjo SAN, the Chairman of the Committee, Zik Obi and Alex Muoka a member of the committee explained that taking into consideration section Sections 8(3)(iii) and  8(d)(iii) which states that for any person to contest any of the above positions, the person must have served in the branch executive committee (EXCO) for two years and that the person must be at least 5 years old at the bar respectively. This means that before anyone can contest any position in the national, the person must have put in 7years total so it was practically impossible to qualify to run for any of those offices at age 5 at the bar.

The explanation which got some lawyers confused at first was later reduced to a better understanding to mean that if the constitution states that one must be at least 5years post call to contest election at the same time saying that one must have served in his branch exco for two years, what that simply means is that for one to truly qualify to contest elections at the National, he /she must have put in seven years at least since the least number of years required to run for office in the branch is 5years.

The branch also voted in favour of the clause that provides for attendance of Five meetings to qualify to run for office.

The branch also unanimously supported the provision on Universal suffrage. The committee recommended that vacant positions should be filled at National Executive Meetings (NEC) but some members raised the concern that since the constitution states that election will be by Universal Suffrage, it will be inconsistent to provide that vacant positions be filled at NEC meetings instead of conducting bye elections.

The branch also put to vote whether the position of the Welfare Secretary and Social Secretary should be merged, those in favour of the merger won.

The branch agreed on some other issues as the committee is expected to review the in puts and come up with a comprehensive position.