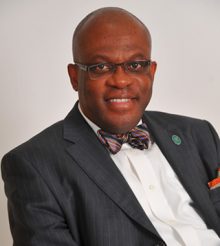 Laughter and Jubilation have erupted among Paul Usoro’s supporters in the forthcoming election of the Nigerian Bar Association as the news of yet another badly packaged blackmail hit the internet few days ago.

The reason behind the jubilation is that since Paul Usoro decided to join the race for the Presidency of the NBA , some supporters of some of the candidates (not all) have become uneasy and have deployed blackmail to edge him out of the race but it has remained counterproductive as the efforts ended up attracting more supporters for Paul Usoro.

In the past few days, calls have come in from lawyers who have expressed their intention to join Paul Usoro’s campaign for what they call petty and immature politics of some of the supporters of some of the candidates thus the jubilation. This happens any time a malicious blackmail breaks out against Paul Usoro and his supporters seem to be having fun and looking forward to more.

Few days ago, some desperate lawyers in support of their candidate took their desperation to another level when they began to spread a badly cloned scam whats App conversation purportedly coming from Paul Usoro’s campaign team. The scam alleged that someone in a Pro Paul Usoro whats app group had a conversation with another about paying Practicing fees in exchange for votes. Though the scammers have included the name of one Nicholas who is unknown to Paul Usoro and his supporters as the one in the conversation, there is also nothing in the chat to show who were actually involved in the conversation.

Lawyer disassociates self from Whatsapp scam against Paul Usoro

Many progressive lawyers out there know that the conversation is a poorly delivered scam, some mischief makers have chosen to throw it about for political convenience.

An informal group of Lawyers known as Lawyers in Favour of Progress has launched an investigation into the trending whatsapp conversation.

On the face of the conversation, anyone with a basic knowledge of how whats App groups work will know that the conversation above did not take place in a whatsapp group but between two Whats App accounts with no name saved to the number.-Goof number 1

Secondly, the scam also showed inconsistencies in the flow of the messages:

“Send your full names, Date of Call, Branch and E-mail Address. I’ll contact you on how you’ll get your evidence if payment” 13:23 (This suggests that there is a conversation preceding this where the beneficiary has been briefed already before asking for his details. You cannot just chat someone and ask for his details)

“And how I get d teller if u eventually pay for me pls” 13:31(Beautiful question)

It’s a Paul Usoro Campaign; you’ll have to assure you’ll vote for Paul Usoro as NBA President. The Message are a lot for me to copy. Call this number.. she’s at Access bank now. Tell her from Nicholas. Mail her your full name, Branch, Year of Call….She’ll pay for you immediately..”13:33( Is this the answer to the question? The question is simple, how do I get my teller? The scammers chose to go off point to now give flesh to their scam and ended up begging the question in the bid to advance their scam. What message is a lot? Whats app chat does not require you to retype, why did you not copy and paste the so called message that is a lot? Also you did not know that he will assure that he will vote for Paul Usoro before you asked for his/her number in the first paragraph?

HOW THE SCAM WAS DELIVERED:

From investigation, the following were discovered

As the elections draw closer, concerned lawyers are holding their breath as they wait in utter bewilderment to see if this kind of desperation will make or mar the noble profession.