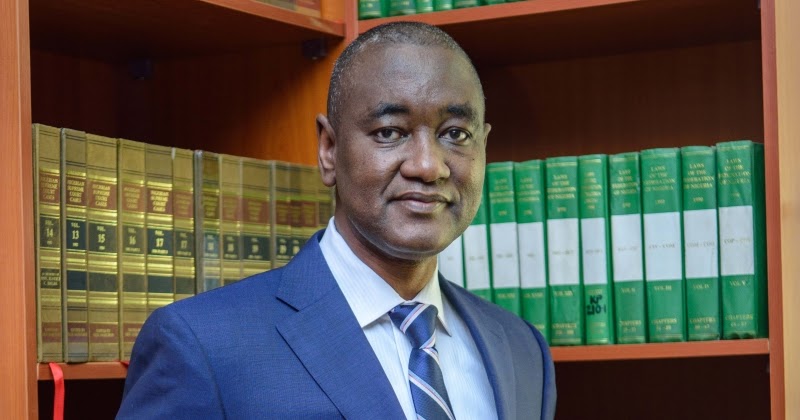 The President of the Nigerian Bar Association,AB Mahmoud set the records straight as he announced that he was not supporting any presidential candidate in the forthcoming elections.

This news came with excitement among the supporters of Paul Usoro as it has been a huge  propaganda  against Paul Usoro by some of his opponents.The reason is understandable.

It is supposed to be an advantage when an incumbent supports a candidate to succeed him  and it was like that iuntil the hijab story broke loose.

Paul Usoro was the last candidate to show interest to run for NBA President.Before his heralded arrival,two of the candidates claimed that AB Mahmoud had endorsed them and is supporting them.The bar was thrown into confusion as to why two presidential candidates will be hustling to be known as the anointed of the incumbent.

The were both laying claims that they helped Mr Mahmoud win in the South East until the hijab story broke out and the popularity of AB Mahmoud fell to an all time low then they scampered for safety and disassociated themselves from him.

Unfortunately for Paul Usoro who entered the race just few weeks before,the supporters of the candidates believing that it will be politically expedient to dump it on him,came out with a propaganda that AB Mahmoud was supporting Paul Usoro in order to sink him (Mr Usoro )with Mahmoud’s dwindling popularity at the time hoping that lawyers will transfer the aggression to him.They expected it to be a baggage for Mr Usoro. It did not work.

The supporters of some of the candidates have used the propaganda as a political tool ever since especially where lawyers who dislike Mr Mahmoud’s regime are involved. This also did not work as many discerning lawyers are asking a very important question which is “If it were so,how come the NBA under Mahmoud did not appoint Paul Usoro to undertake any task that will put him forward and make him visible just like two of the candidates have been put forward?”  The question is still begging for an answer.

As  the supporters of Paul Usoro host lawyers in  a get together in the ancient city of Kano .One of the things they will be celebrating is the exoneration by AB Mahmoud which has brought to an end,a watery and malicious propaganda.