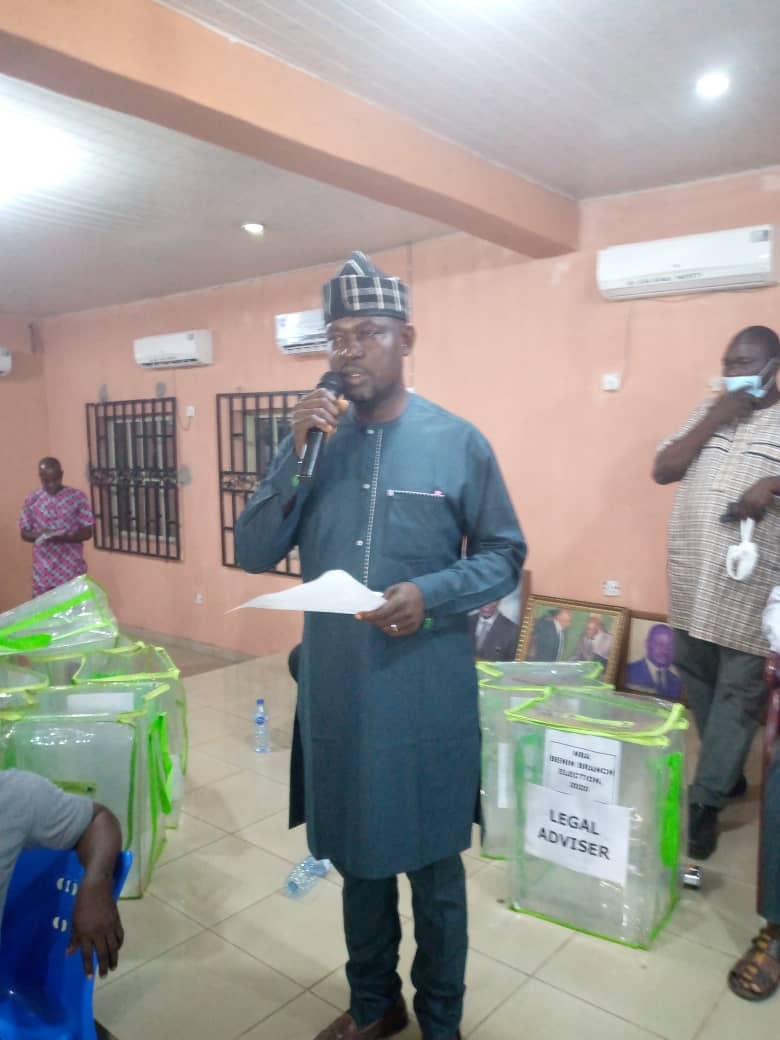 The chairman of the Lion Bar has issued a disclaimer to disassociate himself from a rumour that he has endorsed a candidate for the forthcoming Edo sate gubernatorial election. He denied endorsing anyone in his personal capacity or capacity as chairman. His full statement reads:

My attention has been drawn to a false mischievous statement circulating on the electonic media, that I Mr. Pius Oiwoh, Chairman NBA, Benin Branch, has endorsed, the candidate of the APC , Pastor Osagie Ize Iyamu in the forhcoming gubernatorial election in Edo State.

I wish to make it clear that I nor the Branch did not endorse any candidate. In fact both Candidates of the two major political parties in the forthcoming Governorship election visited the Bar secretariat on different days where they were commended for their support to the Bar and the Judiciary while their attentions were drawn to areas of intervention if elected. I even resisted the urge to grant a motion calling for endorsement of the candidate of the APC. At the end of such engagements we urged on members to go and vote a candidate of their choice.
The NBA is an OBSERVER in the election and as chairman of a branch, I am estopped from endorsing a particular candidate
I urge members of the public to disregard the aforesaid online publication.