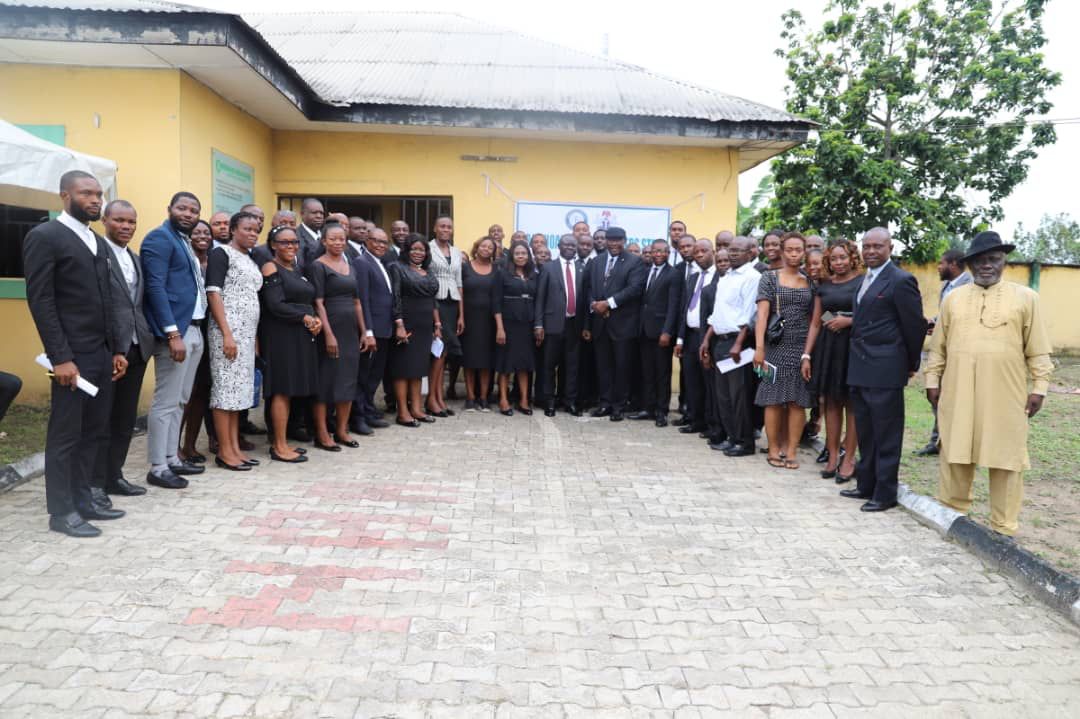 The Branch specially designed a banner which was strategically placed to welcome only Chief Joe-Kyari Gadzama, SAN and his entourage to the Branch. Mr. Morris Kipe Alali, Esq., the chairman of the NBA, Ahoada Branch personally welcomed the Learned Silk and gave him an opportunity to address members of the Branch. The Learned Silk thanked the branch for the hearty and elaborate welcome he received.

“This is not my first time here. I was here several years ago and I will be here again” Chief Joe-Kyari Gadzama, SAN said while informing members of the Branch that Rivers State is home to him as he is an adopted Rivers State man.

“Collectively, we can work together to improve the Bar and take smaller branches to the next level,” Chief Joe-Kyari said while commending the bBanch for their rapid growth.

He urged members of the Branch to actively participate in initiating ideas that positively affect the branch and the Bar at large. The Learned Silk who has proven that mentorship of young lawyers is very dear to his heart through the Hon. Justice Chukwudifu Oputa JSC (Rtd) Mentoring Program of J-K Gadzama LLP, noted that he shall continue to take steps that are directly aimed at bettering the legal profession, particularly capacity building for the young lawyers.