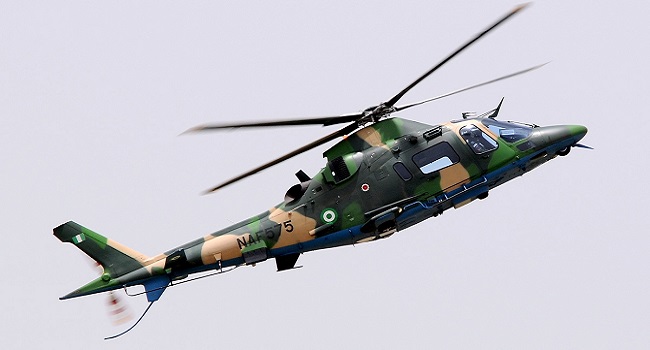 The Nigerian Air Force (NAF) has instituted a committee of officers to compile all allegations of accidental air strikes on civilians as well as review the circumstances leading to such strikes.

The Chief of the Air Staff (CAS), Air Marshal Oladayo Amao stated this on Thursday at the opening ceremony of the 2022 Air Operations Seminar in Uyo, the Akwa Ibom State capital.

He said the committee will come up with far-reaching measures to mitigate future incidences of collateral damages on civilians during NAF operations.

Amao noted that the investigation aims at promoting accountability, allow NAF to learn valuable lessons in order to avoid or mitigate similar cases in the future as well as take extra measures to minimize civilians harm and casualties in conflict areas.

“The efforts to mitigate civilian casualties are not just a reflection of NAF values as a Service, but also strategically imperative to our operations,” he said, according to a statement by NAF spokesman, Edward Gabkwet.

On Nigeria’s security challenges, he noted that the Armed Forces of Nigeria has made significant gains in curtailing and degrading the resources and capabilities of miscreants that seek to destabilise the nation.

While congratulating 17 young pilots Amao implored them to be prepared for the arduous task ahead.

“There is no better way to launch you into your operational flying career than to have you draw from the rich operational experiences of seasoned pilots who will be discussing germane issues relevant to air operations,” he said.