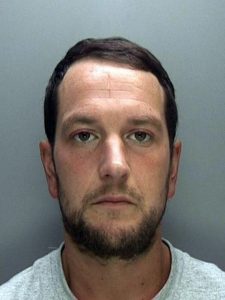 A man who tried to kill his ex-girlfriend by setting fire to her home hanged himself just a month after being handed a long prison term.

Daniel Watkins, 35, had told people that if he received a lengthy jail term, he would kill himself – but was not deemed a high suicide risk.

Birmingham Coroner’s Court was told Daniel was admitted to Birmingham Prison last June and hanged himself on a wing stairwell in December.

His mother, Theresa Jones, said although her son had been in prison before, this time was different because he was facing a lengthy sentence.

“He said to me ‘Mom, I can’t cope. I don’t think I’m going to be able to cope in here,” she told the inquest.She said she suspected he was being bullied or threatened because he kept asking her to transfer money into other people’s accounts.

On the morning of December 7 Daniel rang her mobile and left a message saying: “That’s it, I’ve had enough, I’m going to slit my wrists.

”But Theresa said she “wasn’t concerned” because he had made smiliar threats before.Daniel pleaded guilty to two counts of attempted murder following the blaze in Chapelhouse Lane, Cradley, on June 3.

The fire left a 34-year-old woman and a six-year-old girl in hospital, where they were treated for smoke inhalation. He was sentenced to ten years behind bars at Wolverhampton Crown Court in November.

Prison officer Richard Taylor, who assessed Daniel when he was admitted on remand, told the inquest any inmate thought to be at risk of suicide or self harm was assigned an ACCT status, short for Assessement Care in Custody and Teamwork.

When he was first admitted to prison Daniel was allocated ACCT status because he had tried to kill himself by setting himself on fire.

“He was facing charges of attempted murder and arson with intent to endanger life,” said Mr Taylor.

“He told me he’d set fire to his ex-partner’s home and thought he had killed her so tried to set himself on fire.”

Daniel told Mr Taylor he had no immediate plans to self-harm, but said that if he received a sentence of more than 10 years, he would kill himself.

He was deemed low risk and put in a shared cell, and monitored at least once a day, a routine that did not change up until his death.

Anyone thought to be at risk of suicide was checked either constantly or five times a day,” added the prison officer.

Coroner Louise Hunt told the jury they would hear allegations that Daniel, from Smiths Close, Bidford-on-Avon, was concealing his prescription medication and handing it to other prisoners to pay off debts.

The jail’s GP said Daniel had a £40-a-day heroin and crack habit, and was put on a methadone programme.

The Coroner asked Mr Taylor if it was possible for Daniel to be “selling” his prescription medication to other inmates.

“There is a problem with drugs in Birmingham Prison,” Mr Taylor said.

“Sometimes medication is sold to pay off a debt, or to obtain other drugs.”

The inquest continues and is expected to last until Thursday.