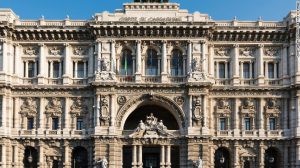 A judge in Turin, Italy acquitted a man of sexual violence charges because the woman he allegedly attacked did not cry out or “[betray] emotion” during the assault.The decision has stoked so much controversy that the Italian minister of Justice Andrea Orlando has asked officials to look into the case.

The judge’s decision actually came down in February, but the reasoning wasn’t released until this week. According to the judge, the woman, who was a colleague of the alleged assailant, did not shout or become emotional enough to stop the assault. She simply said, “enough.”

The bizarre ruling doesn’t end with the acquittal: Not only was the man found not guilty, but now the woman must answer to slander charges.

CNN was unable to reach the judge on Friday.