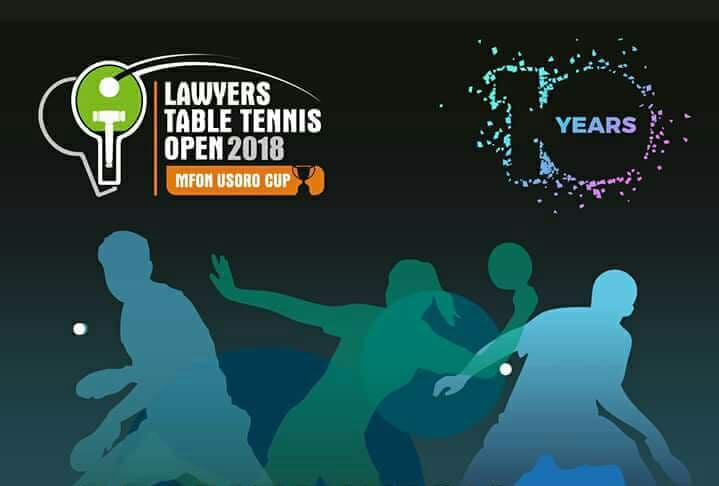 The organisers of Lawyers Table Tennis Open(Mfon Usoro cup) have promised a fun filled 2018 finals for both participants and spectators at the final of the event which holds on Saturday 27th of October at the National stadium Lagos from 10am.

Plans have been concluded for an aerobic session for all lawyers who will be present at the event. The aerobic session was introduced at the 2017 event. All Lawyers(players and non Players) are expected to get ready for action as they arrive.

Lawyers Table Tennis Open is the biggest sporting event among Lawyers in Nigeria which is named after Mrs Mfon Usoro who has sponsored and supported the event since inception.

Lawyers from twenty states of the country are expected to participate in the event.