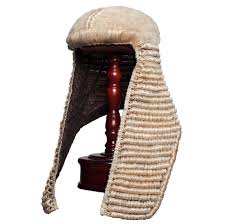 There are indications that the Legal Practitioners Privileges Committee (LPPC) may have erred in withdrawing the rank of Senior Advocate of Nigeria (SAN) from Lagos lawyer Ms. Oluwatoyin Bashorun, according to findings.

The LPPC had, in a statement signed by its Secretary and Registrar of the Supreme Court, Hadizatu Mustapha, announced that Bashorun had also been barred from applying for the rank for three years.

The LPPC acted on a petition against Bashorun after she had been conferred with the rank, which is contrary to the Committee’s guidelines that such petitions must be treated at the screening stage.

A Senior Advocate of Nigeria (SAN) Mr Abiodun Owonikoko explained why he defended Mrs Oluwatoyin Bashorun before the LPPC, saying he did so “in good conscience”.

Bashorun’s alleged offence is that she used her position as a lawyer to frustrate the payment of rent on an apartment “for nine years”.

Owonikoko, in a statement, said he was part of the volunteer team of SANs who defended Bashorun at the LPPC sub-committee hearing.

The SAN, who signed off on Bashorun’s supporting written address that accompanied her sworn defense on oath and oral testimony before the panel, noted that the allegation against Bashorun was not really that she owed nine-year rent.

Owonikoko said it was not exactly true that Bashorun frustrated the case, in view of the circumstances.

After the case was filed against her following a tenancy dispute, Bahorun had filed a preliminary objection contending that she was not served with requisite quit notice and notice of intention to apply to court to recover possession of the property.

After about two years, the magistrate dismissed her objection. Not satisfied, she appealed to the High Court.

In the meantime, the magistrate court granted a stay of proceedings pending appeal on terms that rents accruing up till 2010 be paid to the landlord’s solicitors.

But, according to Owonikoko, the landlord’s lawyers allegedly refused to accept the payment.

“They apparently thought that accepting the rent would prejudice their case and revive the tenancy that was sub-judice,” he said.

The SAN said Bashorun issued a cheque, which was cleared for the accrual, adding that landlord’s counsel received value but refused to give receipt in discharge or acknowledge it.

Owonikoko said the development was reported on record to the court, and the magistrate noted that the counsel’s refusal to formally acknowledge and give discharge for the sum received had become a stumbling block to possible amicable settlement.

In the meantime, the parties met and agreed on settlement terms, but according to Owonikoko, the landlord’s solicitors unilaterally changed the agreed terms.

Bashorun, however, insisted that a correction to reflect the agreement, which would have seen her yield possession in 2012, be made to enable her sign off and compromise her appeal, but the landlord’s counsel allegedly would not agree.

Hence, there was a stalemate until, unfortunately, the landlord, Prof Tolani Asuni, died.

It took about two years for the family to get a letter of administration. The case, by operation of law, stood in abeyance until substitution of the deceased with his executor Dr Tomi Asuni could be formally granted.

Due to the long delay, the case file was misplaced; while no fewer than two judges assigned to hear the matter were transferred from the land division and ceased to have the file in their dockets.

Bashorun wrote the Chief Judge of Lagos, asking that the registry be made to locate the file so it could be re-assigned.

After some years had passed, the file was found and the appeal was eventually heard by Justice Ibironke Harrison.

The appeal was allowed in a reserved judgment delivered on February 24 last year.

The judge held: “The court believes that the appropriate order to be made is for the suit instituted in the magistrate court to be struck out with the respondent herein being at liberty to recommence a fresh process of recovery upon a valid determination of the tenancy.

“Appeal is hereby upheld. Ruling of the lower court is hereby set aside and the suit No RT/Y/1641/07 before the Rent Tribunal is hereby struck out with the respondent being at liberty to recommence fresh proceedings to recover possession of the premises.”

The landlord, it was learnt, opted to issue a fresh six month quit notice to Bashorun in June 2017.

It was in furtherance of the quit notice that the petition was filed against Bashorun at LPPC, two weeks after she was announced to have scaled the elevation exercise in early July last year.

“Those who know me well enough can attest to fact that when I decide to professionally defend against injustice, I will be dogged and unwavering, unperturbed by opinion of others so long  as I am clear in my conscience that the cause is just.

“In Toyin’s case I am glad to note that far senior counsel of repute are leading the pack in her behalf – and that I am but a paper weight in the team,” Owonikoko said.

It was also learnt that the petition on the basis of which LPPC acted was sent after the rank had been conferred on Bashorun, while the guidelines provides that petitions must be considered before the award.

Besides, it was learnt that as at when Bashorun submitted her application for the rank, there was no case pending in court.

LPPC anchored its decision on Section 18 (2) and 19 of the Guidelines for the Conferment of the Rank of SAN 2016, which deals with misconduct of lawyers.

However, Bashorun had already been conferred with the rank, meaning that the Sections cited by the LPPC were no longer applicable to her at that stage, having already scaled the nomination and screening stages.

Observers are, therefore, wondering why she was really punished, as there was no case pending against her in court, nor was there a petition against her at the Nigerian Bar Association (NBA) disciplinary committee.

Could the LPPC have erred in withdrawing the Rank from Bashorun and banning her from applying for the rank for three years?

That is the question on the lips of some observers.