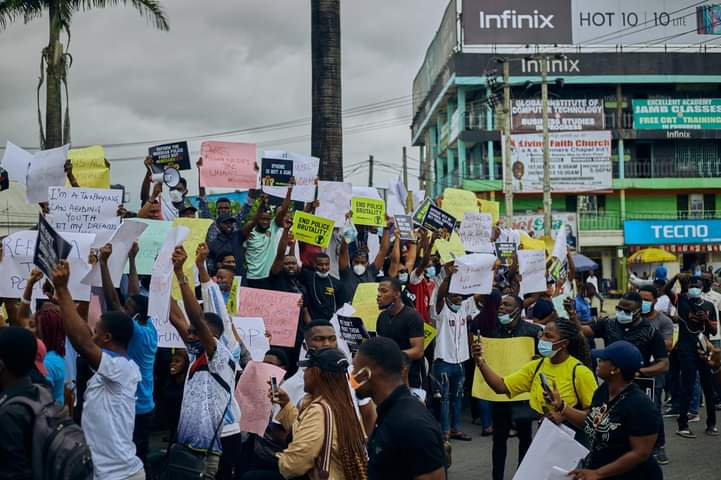 The Nigerian Army has admitted that it took live and blank bullets to the Lekki tollgate in Lagos – the venue where #EndSARS protesters staged a peaceful demonstration against police brutality.

A representative of the army, Brigadier General Ahmed Taiwo, stated this on Saturday when he appeared before the Judicial Panel of Inquiry set up by the Lagos State government to look into the allegations of brutality by the disbanded Special Anti-Robbery Squad (SARS) and other issues raised by the Nigerian youths.

General Taiwo, who is the Commander of the 81 Military Intelligence Brigade, however, informed the panel and others present that the live rounds were not used on the protesters.

He insisted that 85 per cent of bullets the military officers took to the protest venue were blank.

The brigade commander explained that the live bullets were meant for military operations along the Eti-Osa corridor, stressing that they were not for #EndSARS protesters.

At the beginning of Saturday’s session, the chairman of the judicial panel, Justice Doris Okuwobi, had called up the Lekki Concession Company (LCC) to present the footage which captured the incident at the tollgate on October 20, to the watched by all parties, including the army.
Counsel to the #EndSARS victims, Adeshina Ogunlana, informed the panel that lawyers to all the parties present had agreed to watch the video from 5pm to 7:30pm of that day.

After they had finished viewing the footage, General Taiwo cross-examined by a Senior Advocate of Nigeria, Adeyinka Olumide-Fusika.

Speaking about the initial denial of the army’s involvement in the shooting, the brigade commander noted that that was done because they did not have the facts of what transpired at the protest venue.

He explained that police stations had been sacked, policemen overrun, and there was already a breakdown of law and order, so the army had to step in.

General Taiwo stated that the army’s mission was not to clear protesters and they were on their way to carry out an exercise.

He claimed that when the army got to the Oriental Hotel in Lekki, some officers dismounted from their vehicles and were pelted and stoned.

According to the army representative, one Major Saheed got injured on the head and the exercise was led by two senior officers – Lieutenant Colonel S. O. Bello who is the Commanding Officer of 65 Division, and Brigadier General Francis Omata.

When asked by Adesina about the purpose of General Omata joining Lieutenant Colonel Bello at the operations, General Taiwo responded that it was operational.
The #EndSARS lawyer then proposed to show a video but the chairman of the judicial panel said it must be presented as evidence with a basis.

On his part, General Taiwo insisted that no one died in the Lekki shooting, except only those who fainted and they were revived.

He, however, agreed to a short clip in which someone said, “we are helpless” and showed another lying on the floor with blood.