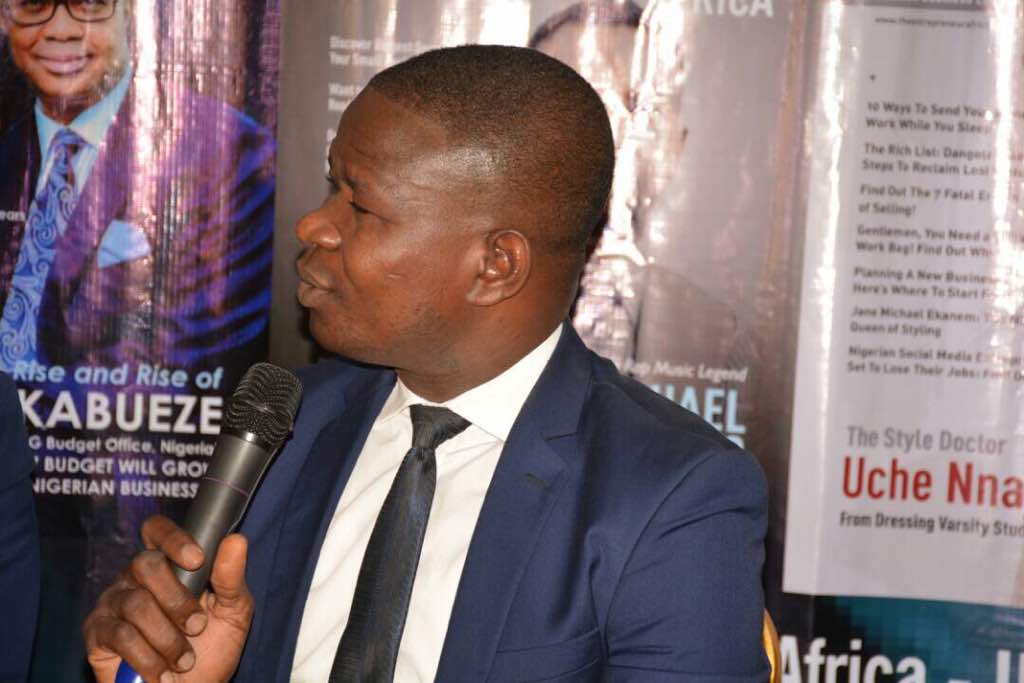 Now, in October 04, 2020, an LPDite (a term used to refer to a member of the LPD), whether by omission or commission, had posted the following message on the LPD Platform:

“Beloved, daddy G.O. [General Overseer] mentioned during the Thanksgiving Service this morning (October 4, 2020) that we should shout a BIG HALLELUYAH whenever we wake up, for 7 days, starting from tomorrow, October 5, 2020. And by next Sunday, as God lives, everything blocking our destinies will be gone in the name of Jesus. Kindly pass this on and ensure you comply. God bless you greatly. Amen.”

He was immediately thereafter suspended (by the LPD-Moderator) from any further participation on the platform. Don’t get the LPD wrong, please. We do not detest religion; LPDites are also a very religious people. But LPD-Rule 10 has it that: “(a) Defaulters are liable to be suspended for one week without any prior warning; (b) LPD-Sanctions are strict. No exceptions. No bending the rules, no matter the status of the legal practitioner; (c) There are no sacred cows. ‘Nigerian factor’ is unknown to LPD; and (d) LPD-Sanctions apply as soon as there’s an LPD-Rules-Violation or so soon thereafter….” I would not know whether the post made by the respected LPDite (himself a most revered learned friend) was a mistake. Perhaps, I should say, he was in a beloved-daddy-GO’s-alleluia-shout-for-seven-days-(starting-from-october-5)-to-get-freed-from-everything-blocking-your-destinies mood, and as such, fortunately/unfortunately got LPD-suspended; coincidentally, also for seven days starting from the same October 05, 2020! What a miracle! At least, so that he could now have all the time to concentrate on his/their early-morning-big alleluia shout-for-the-next-seven-days crusade, in keeping with daddy G.O.’s injunctions! Hopefully, by the time he returns to LPD, after this seven-day LPD-suspension (handed down against him at a time of a beloved daddy G.O-imposed alleluia-shout), “everything blocking his destinies” would have been gone! Amen

However, on a much more serious note, the “G.O” post had reminded me of a certain post earlier made on LPD by another LPDite (a respected university law don; Mrs. Ojeih) “‘Of all influences, religious influence is the most dangerous and most powerful’ (per Uwaifo, JSC in Bua v Dauda (2003) All FWLR (Pt. 172) 1906.” I then began thinking to myself: Does the “beloved daddy G. O.” post not justify @UwaifoJSC’s dictum in that case? Is it not unfortunate that religion could have this sort of demonic/dangerous hold on some otherwise educated, enlightened Nigerians? Honestly, by our wrong approach and attitude to religion which itself (handled rationally and not irrationally, objectively, sensibly and not senselessly) is chief among the best things to have happened to mankind, some of us (some adherents) have allowed religion itself to sort of become the very demonic stronghold against whom we should now fast and pray; so much so that, unknown to us, our prayers ought to be targeted on how to get ourselves set free from the demonic influence. We would be free but not until we free ourselves from these strongholds preventing us from approaching life pragmatically, objectively and realistically, in order to get the very best out of life, and be truly happy.

It is hard to believe, for example, that a “beloved daddy G.O” directive that any adherent/congregant who indulges in early-morning shouts of a “big hallelujah for seven days starting from tomorrow” is all that one needs to get thereafter automatically liberated from “everything blocking our destinies?” Respectfully, if someone, anyone, truly hopes to get truly freed from “everything blocking your destinies,” that one must work hard, that is, apply concrete positive action, to conquer such “everything.” Such miracle does not happen just by mere shouts of alleluia! Among the best and most effective formulas for success in everything, in life, is the wise saying, “nothing works until you work.” In the absence of good, honest, diligent work, prayers and big-alleluia shouts would lead us nowhere, because, in order to be effective, prayer must be accompanied, even preceded, by hard work. Please permit me now to ask this question: Is good work not a form of prayer? I agree with Max Lucado that our prayers may make a difference, the truth remains that work is a greater form of prayer. In an earlier commentary of mine, I had tried to explain this humble position of mine in clearer terms:

“‘I’m a greater believer in luck, and I find that the harder I work the more I have of luck” A dream doesn’t become reality through magic; it takes sweat, determination and hard work. Heaven helps only those who first initiate concrete steps aimed at assisting themselves. I do not revile prayer (God forbid!), neither do I underestimate the vital role prayer plays in our lives. The point I try to humbly make here is that prayer without good work is fruitless and dead ab initio. This position was better-explained by Saji Ijiyemi, in his book, Don`t Die Sitting: “praying without working is faith inaction.” Even the Christian holy Bible has warned Christians that mere prayer and faith, if not accompanied by actions and good work, is fruitless! (see James 2: 17). Every one of us has a head but not all of us are able to get ahead. Why? Yes, only those who make good and gainful use of their God-given heads and brains would get ahead; those who stay at home or only inside the church or mosque, praying for God to come and use their brains for them, or waiting for some manna from heaven, would end up going nowhere in life

(See: Udemezue, S., May 29, 2017. A Nation`s Journey To True Greatness: What Nigerians Must Copy In the Americans. [online] Nigerian Voice. Available at: https://www.thenigerianvoice.com/news/251732/a-nations-journey-to-true-greatness-what-nigerians-must-co.html [Accessed 6 October 2020])

From the look of things, it may not be out of place for one to suggest/conclude that our own awkward, irrational approach to religion is the “everything that is blocking” much of the “destinies!” of many a religious adherent in Nigeria. As I have pointed out above, many of us appear to have lost our sense of objectiveness and pragmatism. This also, I think, is why a citizen to whom the Nigerian grund norm (the Constitution of the Federal Republic of Nigeria, 1999) has granted an inalienable right to freedom of expression and opinion, could be said to have been convicted and sentenced to death for “blasphemy against the prophet” (peace be unto him) by a court in Nigeria. Just imagine! I have since undertaken a diligent search through the Holy Books, to see whether the holy prophet himself (while he was alive) had commanded anyone to kill anyone else who “insults” him (the prophet). I am yet to find any such injunction (given expressly or impliedly) anywhere in any of the holy books. Yet, we could have the heart to decree a fellow Nigerian to be killed for such. And some lawyers, duly admitted to the Nigerian bar, and thereby having a duty (imposed by Rule 1 of the RPC, 2007) to “uphold and observe the rule of law, promote and foster the course of justice, maintain a high standard of professional conduct, and shall not engage in any conduct which is unbecoming of a legal practitioner,” are seen publicly defending and justifying the sentence of death for blaspheming the holy prophet, and even boldly beating their (lawyers’) chests and boasting that the convict must pay the Supreme price. Chai!

Does freedom of speech as a legal principle not support the freedom of any individual or a community to articulate their opinions and ideas without fear of retaliation, censorship, or legal sanction? To what extant is any Law, anywhere in Nigerian, purporting to prescribe a sentence of death upon conviction in a court for “blasphemy,” consistent with the provisions of section 39(1) of the Constitution of the Federal Republic of Nigeria, 1999, which permits every citizen the fundamental right “to freedom of expression, including freedom to hold opinions and to receive and impart ideas and information without interference?” Does such law prescribing death for blasphemy come anywhere near the exceptions found in section 39 (3) of the same Constitution, which provides that “nothing in this section shall invalidate any law that is reasonably justifiable in a democratic society – (a) for the purpose of preventing the disclosure. of information received in confidence, maintaining the authority and independence of courts or regulating telephony, wireless broadcasting, television or the exhibition of cinematograph films; or (b) imposing restrictions upon persons holding office under the Government of the Federation or of a State, members of the armed forces of the Federation or members of the Nigeria Police Force or other Government security services or agencies established by law?” Or, is such a sentence among actions that could be adjudged to be “reasonably justifiable in a democratic society?” How? Thoughts about this, alone, benumbs one`s rational imagination! What have we become in the name of religion? Where are we headed? Why should anyone in Nigeria believe or support that any Nigerian citizen is liable to lose a precious life under any such circumstances? Why not devise a more human, up-to-date and 21st-century manner of discouraging such “blasphemy?” Why death? But, why not allow anyone, everyone to feel free to be free with his or her opinion? Again, and I am sorry for being a bother, permit me to refer to a comment I had made elsewhere, in relation to the value of upholding right to free speech in a democratic society:

“If freedom of speech is taken away, then dumb and silent we may be led, like sheep to the slaughter. We have a duty to give everyone the liberty to know, to utter, and to speak freely according to conscience. This liberty ranks above all liberties; it is slavery to stop people from voicing out their thoughts or penalize. It is high time we took more seriously the words of Benjamin Franklin: ‘Whoever would overthrow the liberty of a nation must begin by subduing the freeness of speech.’ With this in mind, we should learn to respect the right of others to freely offer their opinion even when we think they’re talking utter nonsense. Perhaps, this is the reason Oscar Wilde would say, ‘I may not agree with you, but I will defend to the death your right to make an ass of yourself.’”

Anyway, with example such as these, each from one major religion in this country, one has begun to disturbingly wonder, how did we get to this point? Would the Holy Prophets in whose names and for whose honour we (claim to) perpetrate these weird and inconceivably strange acts, if they were still here on earth with us, happily endorse them? How do we ever hope to recover (but, can we even ever recover?) from this evil quagmire of demonic strongholds, which obviously is chief among “everything” blocking our destinies a nation and as a people, individually and collectively? A question to reflect on, please! I Off My Mic Here!
Respectfully,
Sylvester Udemezue (udems)
(Member, Legal Practice Discourse: LPD)
(05/10/2020)