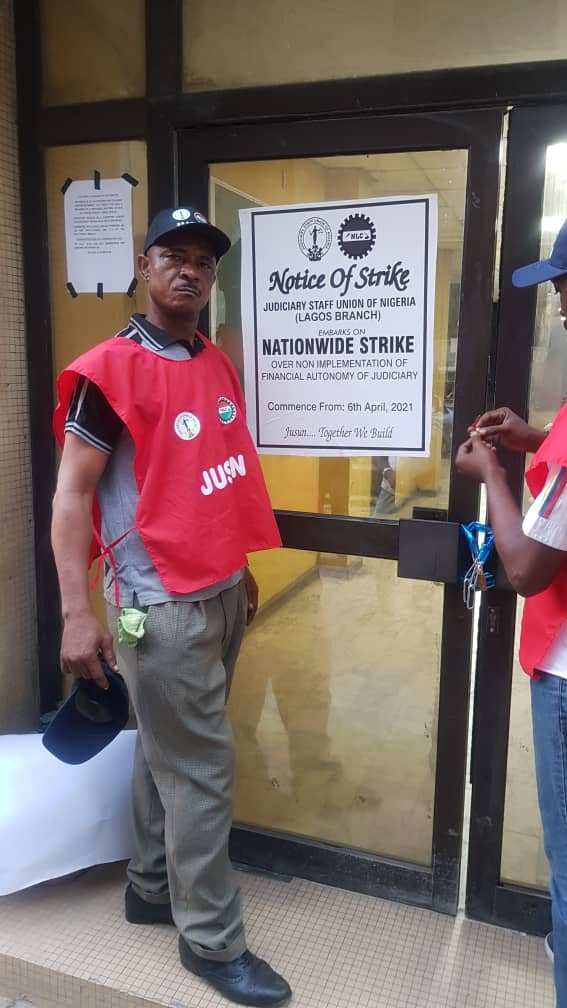 The Lagos State Chapter of the Judiciary Staff Union of Nigeria (JUSUN) has joined the nation wide strike of the Union.
Members in Lagos today sealed the courts to give impetus to the strike Courtroom Mail reports.

The indefinite strike is in protest to the non-implementation of financial autonomy for the judiciary.

While the federal government has allowed for financial autonomy of the third arm of government, state governments were however yet to give financial independence to states’ Judiciary.

Reacting to the refusal of states to implement the policy, the Judiciary Staff Union of Nigeria (JUSUN) accordingly directed its members across the country to shut down courts nationwide beginning from Tuesday.