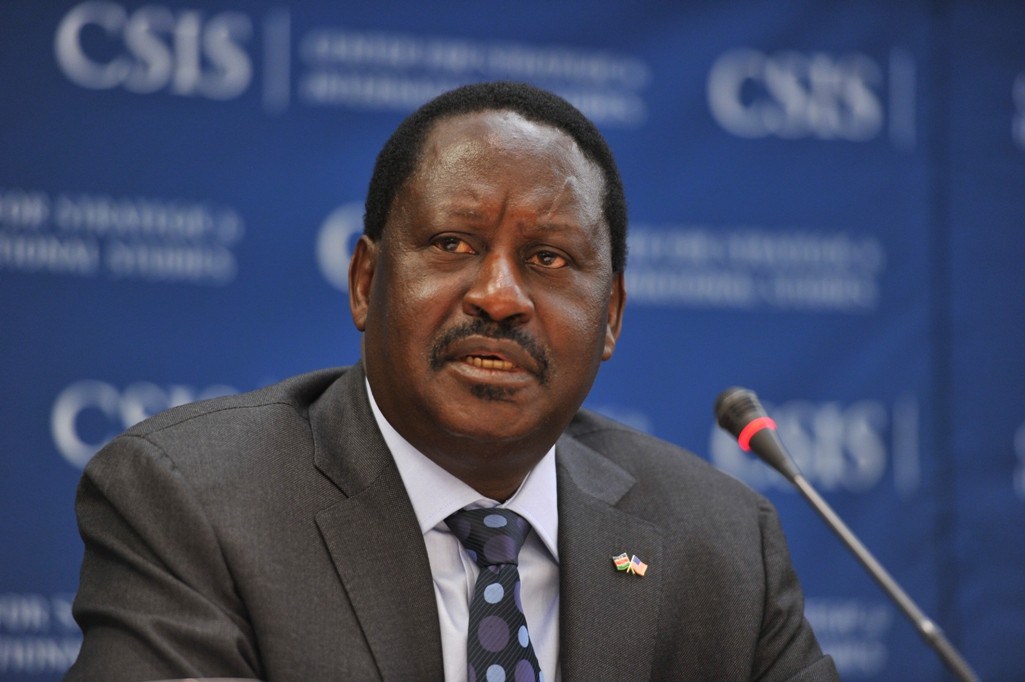 Kenyan opposition leader, Raila Odinga has today been sworn in as alternative president in front of thousands of supporters, three months after an election he claims was stolen from him.

This was after the Kenyan police fired teargas to disperse thousands of opposition supporters of the Kenyan opposition leader, Raila Odinga gathered in Nairobi.

The planned “inauguration” has raised fears of violence as police had vowed not to allow the event to go ahead. However officers kept their distance as hundreds gathered at the Uhuru park venue.

Odinga was quoted saying he, and not President Uhuru Kenyatta, is the country’s rightful leader.

The 72 year old claimed that three elections had been stolen from him, and has refused to accept President Uhuru Kenyatta’s re-election, which came after a deeply divisive 2017 polls season in which rights activists say at least 92 people were killed.

First was an election on August 8, won by Kenyatta, which was annulled in a historic decision by the Supreme Court, which ordered a re-run on October 26.

Claiming the poll would not be fair, Odinga boycotted the second vote and Kenyatta won with 98 percent.

Odinga postponed a previous effort to swear himself in last month, but his party insists Tuesday’s event will take place.

“I Raila Amolo Odinga, in full realisation of the high calling, assume the office of the People’s President of the Republic of Kenya,” he said in the brief and chaotic ceremony, prompting the sea of people to erupt with joy.

“We have accomplished our promise to Kenyans,” said Odinga before quickly departing, the packed venue emptying out in minutes.

The ceremony followed hours of uncertainty as supporters waited in the baking sun and commentators speculated over whether the 72-year-old would actually go through with the “inauguration” that was already delayed in December.

It came as an outrage hit on the media fraternity after government allegedly warned broadcasters not to cover the event, and pulled major television network Citizen TV off the air mid-morning.

“President (Uhuru) Kenyatta expressly threatened to shut down and revoke the licences of any media house that would broadcast live,” the Editors’ Guild said in a statement, referring to a meeting that media bosses were summoned to last week.

“The guild is appalled by the details of the meeting which was held under an atmosphere of intimidation for the media representatives present.”