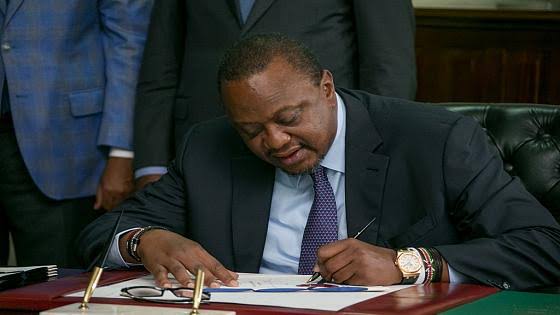 Kenya’s President Uhuru Kenyatta has assented to the Law of Succession (Amendment) Bill, which seeks to streamline succession matters in Kenya.

The bill aims to avoid situations where “opportunistic schemers successfully claim a stake in a deceased person’s estate hence disenfranchising the legitimate heirs of the deceased.”
The bill seeks to provide clarity on who a dependant is.

The amendment limits the dependants entitled to inherit property to only the spouse and children of the deceased—whether or not maintained by the deceased prior to death.

Previously, the law included the deceased’s parents, grandparents, grandchildren, stepchildren, children whom the deceased had taken into his family as his own, brothers and sisters as well as half-brothers being maintained by the deceased prior to death, as beneficiaries.

The amendment excludes secret wives or secret partners popularly known as Side Chics or mpangos in Kenya who most times show up when a person dies to demand recognition and a share of the departed person’s property.

However,the new law now places a burden of proof on anyone who claims to be entitled to estate of a deceased.