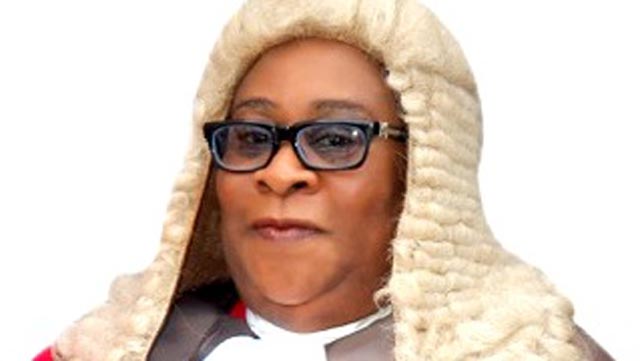 Courtroom mail is pleased to announce that registration for Justice Ayo Phillips Courtroom Mail Prize for Young Lawyers competition is set to open on the 12th of February 2018 with the final stage coming up on the 3rd of March. This Prize is sponsored by the former Chief Judge of Lagos State, Justice Ayo Phillips rtd and is open to all lawyers in Nigeria who are between 1-5 years post call. Registration/Participation is free.

Ayotunde Phillips was born on July 26, 1949 in London, the first child of the late Justice James Oladipo Williams and Henrietta Aina Williams, a Lagos state born judge. She had her primary education in London before she returned to Nigeria with her sibling, Oluwafunmilayo Olajumoke Atilade. She obtained the West Africa School Certificate Examination at Queen’s College, Lagos before she proceeded to the University of Lagos where she obtained a bachelor’s degree in Law on June 1973. She completed the compulsory one year Youth Service at Enugu State Ministry of Justice and was Called to the bar in 1974.

She became a High Court Judge in 1994.In July 2012, she was appointed the Chief Judge OF Lagos State by the Governor Babatunde Fashola and after her retirement in June 2014, she was succeeded by Justice Oluwafunmilayo Olajumoke Atilade, her younger sister

For the 2018 edition of the Prize, only lawyers who are called from 2013 to date are eligible to compete.

According to Anthony Atata, the founding editor of Courtroom Mail, “Justice Ayo Philips has added value to Courtroom mail by choosing to associate with us and we are grateful to her”. To the young lawyers, this will be a source of motivation and encouragement.

The competition which will come in form of a quiz game will be in four stages and answers are expected to be posted on the comment section of courtroom mail which will show the time all answers are posted to ensure transparency. The questions will also be posted on Saturday mornings to ensure that juniors have time to participate.

The prizes to be won are     1st Prize- One year Executive subscription of Supreme Court Judgements published by Lawbreed . 2nd and 3rd Prize will win 1 year basic subscription each.

The time table of the competition is as follows:

24TH of February 2018: The second question will be posted and the first 30 young lawyers to post the correct answer will qualify for the third stage.

3rd of  March 2018: The third question will be posted and the first 10 to post the correct answer will qualify for the finals.

10th  of March 2018: The fourth and last question will be posted and the first three young lawyers to post the correct answer becomes the 2018 Justice Ayo Philips Courtroom Mail Prize for Young Lawyers and shall win the prizes.