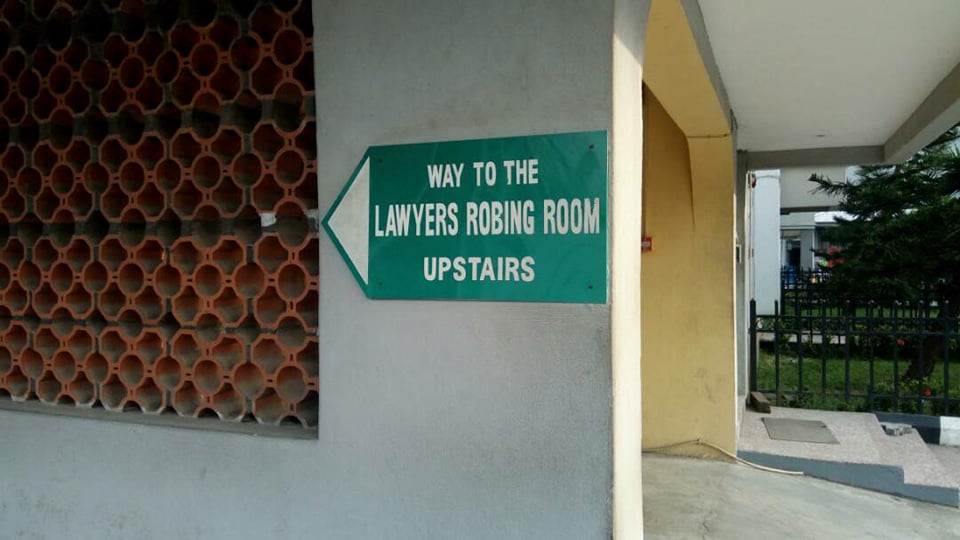 The pictures you see hereinafter are photos of Federal High Court Robing Room in Lagos.
At least the court had lawyer’s welfare in mind when designing the court. But what do you have there now? Road sign or direction on the wall is still there, the designation on the door is still there, the two wall mirrors are still there but that’s where it ends.
Once you enter what you will see are all manners of junks ranging from hospital surgical lighting to unserviceable air conditioners, broken down furniture etc. 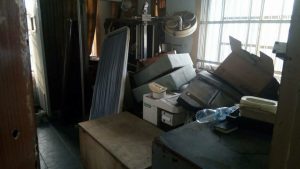 A lawyer’s robing room is what the Lagos State Judiciary did with the Lagos High Court Igbosere robing room. For the judicial divisions that may have forgotten what a robing room looks like, the various branches can organize excursion visits to Igbosere for the the various judicial staff of the various divisions concerned.
A lawyer should be able to go into the robing room and change into his official dress before entering court and should be able to change into another dress to move from court to a meeting or other engagement instead of  going about town with lawyers apparels.
Sign up and get listed for free on the largest listing of lawyers in Africa.It is profitable
I believe the various branches should engage the various superior courts in their jurisdiction to ensure a functional robing room is found in every superior court premises.
The one in National Industrial Court Lagos Division can best be described as a waiting room with ever-smelling toilet.
Lawyers deserve better and its never too late.
Category: NewsTag: Lawyers by Editor