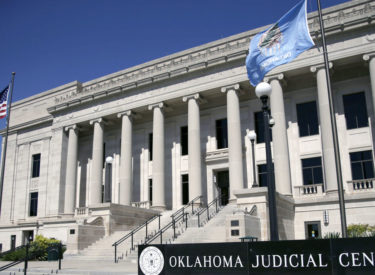 An Oklahoma judge has agreed to resign after he was accused of using his contempt powers to jail people for infractions such as leaving sunflower seeds in his courtroom and talking in court.

DeLapp, who will be allowed to keep his retirement benefits, said he was prioritizing his family. “It is with a heavy heart but clear conscience that I announce my resignation,” DeLapp said in a statement. He had presided over cases in Washington and Nowata counties as a district judge.

A petition for removal alleged that DeLapp has ordered people jailed in more than 200 direct contempt citations since 2016. The petition, filed by Oklahoma Chief Justice Douglas Combs, alleged gross neglect of duty and oppression in office.

The petition also alleged that DeLapp altered documents to justify the six-month jail term he gave to a woman for talking in his courtroom. On March 5, the Oklahoma Supreme Court ordered the immediate release of the woman, Randa Ludlow, and voided DeLapp’s contempt order.

In another case, DeLapp was accused of jailing a woman for four days after she apparently left sunflower seeds on the courtroom floor and bench. He then allegedly required her to return to court 20 more times over the next 2½ years.